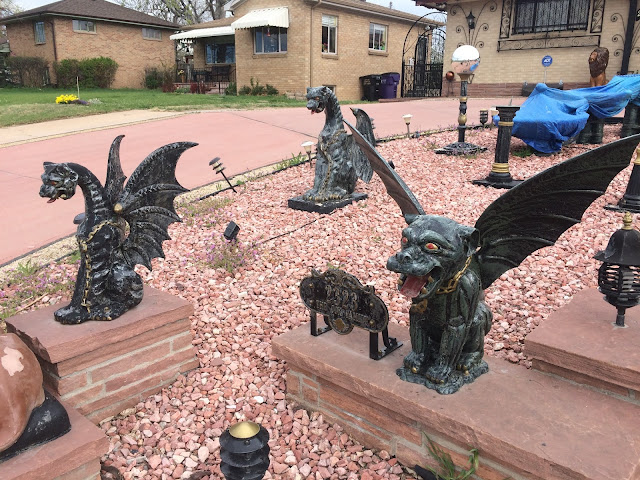 The number of interesting places that can be reached by starting a run from Wash Park is seemingly limitless. I began this run at my favorite park in all of Denver, and then headed due West, as I noticed a new park on the map that I had never before seen. This park has a lake in the middle of it (Huston Lake), and the west end of the park is called Huston Lake Park and the east side of the park was called Athmar Park. When I arrived, it appeared that these are in fact one park with two separate names, and I even saw a sign on the east end that said "Huston Lake Park", so I'm not sure why there are two names for what is basically the same place.

It seemed like a nice enough place. A well cared for park with a nice lake and some decent paths. The surrounding neighborhoods are not quite as picturesque as Wash Park, but then few neighborhoods are. I was most surprised at some of the decorating decisions of this neighborhood. There are several gaudy lawn decorations, but by far the most disturbing and interesting was this gargoyle headquarters of Denver. This person's lawn was covered with dozens of Gargoyles and rather than having a grass lawn, it was landscaped entirely in pink rock. As you can see from the picture, it makes for a rather unusual site for a home facing a major park. Yes, this haunting landscape directly overlooks the park and the lake on Ohio St. I can't even begin to fathom why someone would want to xeriscape their yard and then overlay that xeriscaping with gargoyles, but the fact that such a person exists is the bedrock of some of my favorite posts on this blog. God bless these people, they are doing the Lord's work. 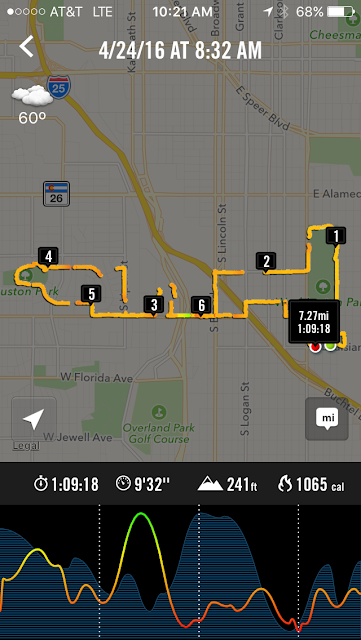