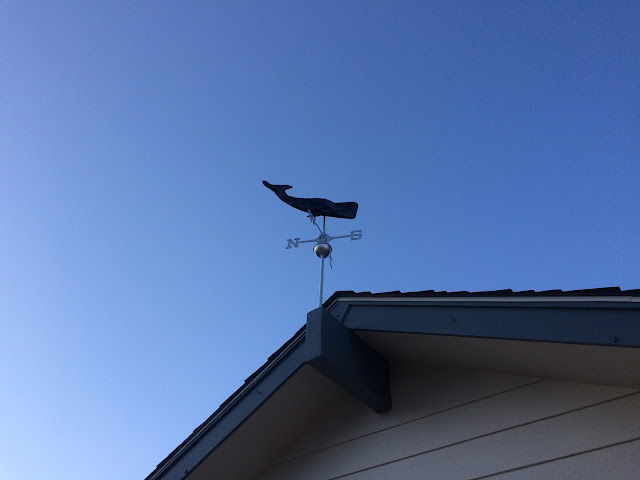 The first two or so miles of this endeavor were atrocious. Slow, plodding, painful and I could not get into any type of groove whatsoever. It felt like one of those mornings where I only get three or four miles in total and end up walking more than running. I was discouraged and annoyed at how slow the whole morning felt.

Then suddenly, I found my stride. I wasn't going fast, but I was at least moving at a respectable pace finally. I had been feeling a little bit under the weather the day before, and I think the first few miles were needed to kick that ick out of my system. Once I did that, the rest of the run was a breeze.

As for today's photo...I am a fan of weather vanes. They usually have a rooster atop them, but sometimes a different animal gets the honor. I have never before seen a whale, though. That was a first. 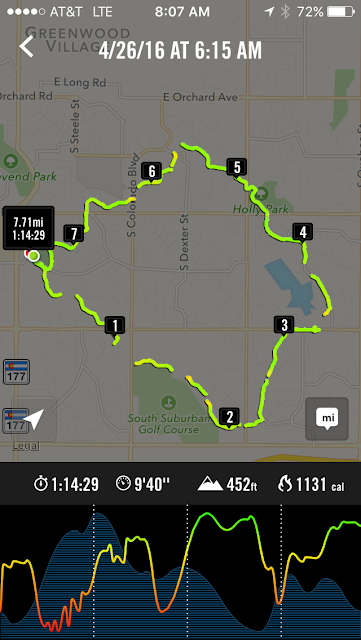