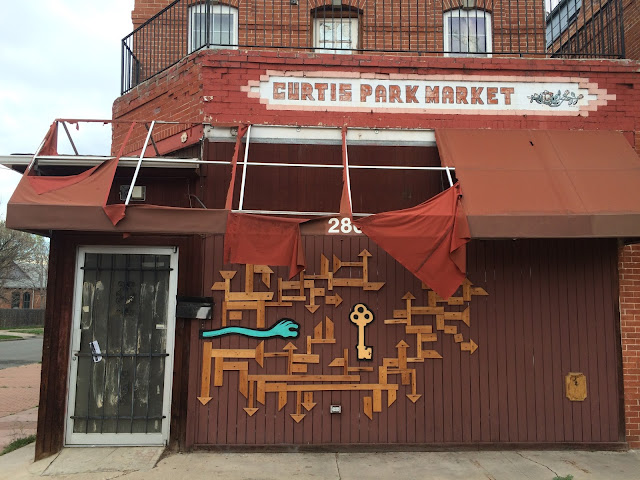 There was a lot of uncertainty on how to dress for this run. When I woke up, I got dressed in a long sleeved running shirt and running pants, but then I noticed that the temps were already in the 60's, so without going outside, I changed to a short sleeved shirt and shorts. Then, as I was heading out the door, I was greeted with some remarkably gray skies and the chilliest 60 degree temps I have ever felt. I grabbed my long sleeved running shirt and decided I'd hold off on making a decision until I arrived at Cheesman Park.

After driving 20 minutes north, it really looked like it was going to rain on me. I thought I'd probably feel warmer in long sleeves if I was wet, so I decided to switch up the shirt and rock the rare shorts and long sleeved shirt running combo. Thankfully, it didn't rain on me, but I think I made the right decision on the long sleeved shirt as the sun never really broke through. I would have been okay in short sleeves, but I'm glad I went in the direction I did.

I decided to run through Five Points, because I love all the graffiti murals on Larimer, and felt like visiting them. On the way there, I passed by this dilapidated market with the very cool, but very confusing artwork on it's front.  There is a disembodied blue hand reaching through a wooden maze for a key. Not sure what is going on here, but it sure beats a Shell or a 7-Eleven sign out front. Something tells me that the Curtis Park Market isn't quite ready to franchise itself, though. 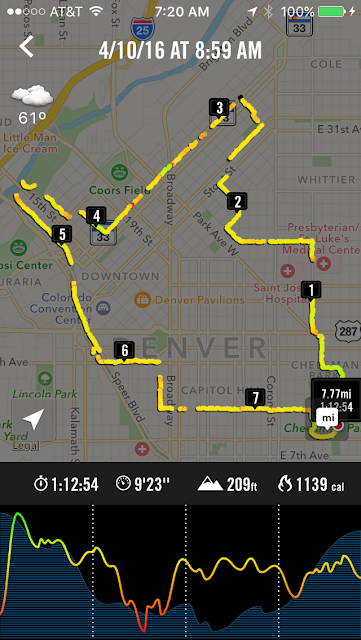