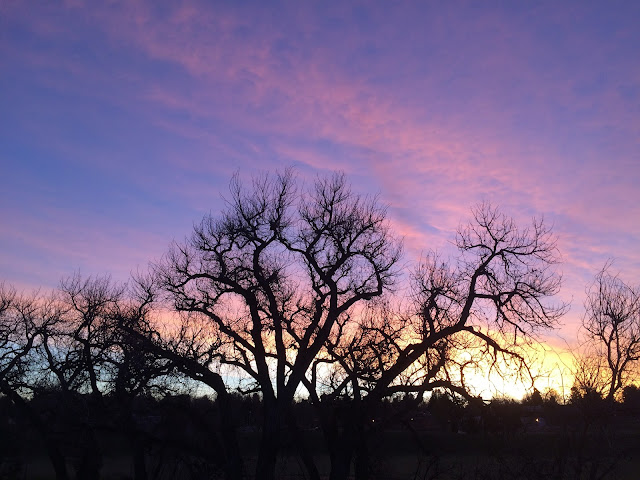 I woke up this morning, and almost decided to just stay in bed. I had to drag myself from between the sheets and I never felt like I really fully woke up. There was a layer of exhaustion just covering me, and as I tried to run today, I just struggled. It felt like I was coming down with something, and I didn't have the strength to actually run for large stretches.

That said, it was a BEAUTIFUL morning. I am finally beginning to see pink trees, the sunrise (as seen above) was exquisite, and I even passed some people riding horses on the trail which felt rather majestic. So despite the fact that running was a struggle, the long stretches of walking were very nice, and I managed to drag myself through three miles of actual running, so I did at least accomplish a little something towards my monthly goal, even if it wasn't much. 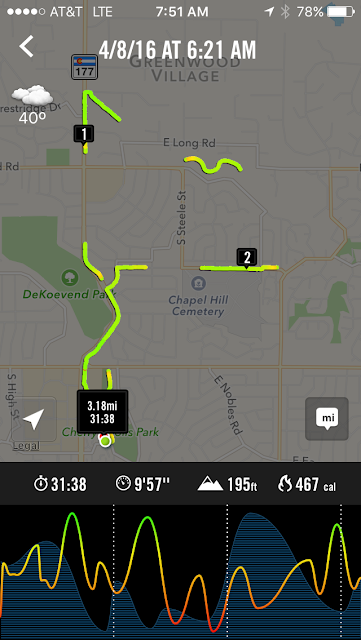