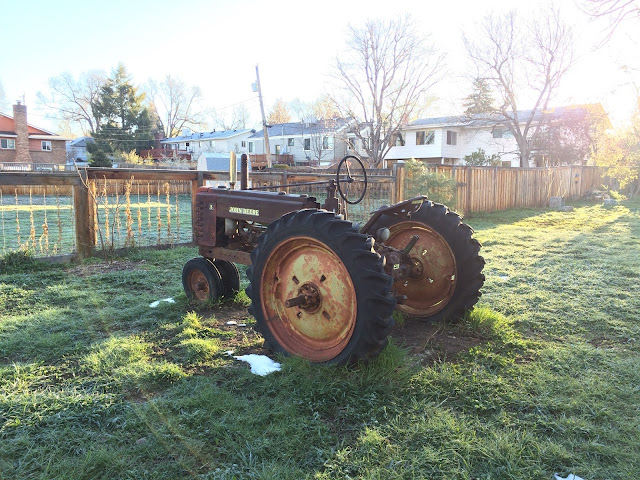 On Tuesday's run I ran past a snowy field with a snowman in it. The stone which was the snowman's left eye had fallen out of his head, and I picked it up and put it back into his head. Today I passed by that same field, and the snow covering the field had entirely melted, someone had taken the hat that had been on the snowman's head and his carrot nose was missing, the sticks which formed his arms had fallen to the ground, and there was only a small foot high pile of snow still remaining of the snowman. April is tough on a snowman, I tell ya.

Today's photo comes from a large backyard area that is so secluded it almost feels rural, even though it's in the middle of Littleton. There is a path that cuts through this grassy expanse, which is the only way I was able to see this cool dilapidated tractor just sitting there getting ancient. I doubt it gets much use these days, but darn it if it doesn't look cool just sitting there in the grass, especially with the sunrise peaking through behind it. 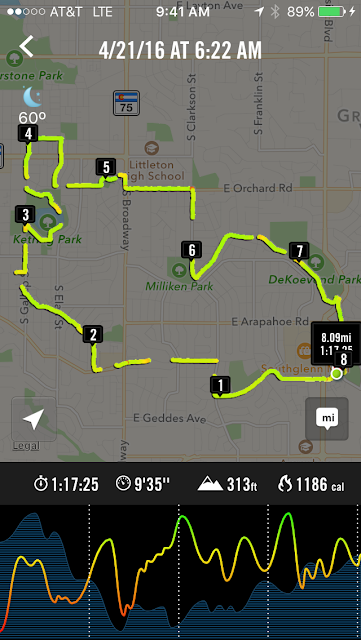