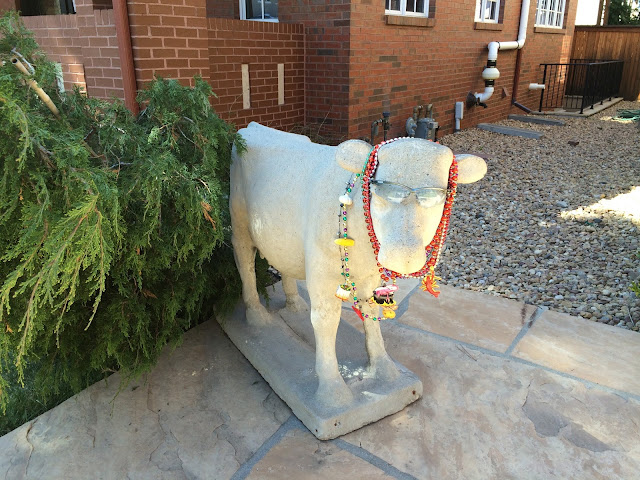 April 3, 2016
7.78 Miles in 1:13:46
Mood: Irritated at defective technology, but enjoying a nice day.
Soundtrack: The Bill Simmons Podcast / The Allusionist

Less than two miles into this run, my earbuds broke. This is a chronic problem, and one to which there appears to be no solution, as earbuds seem to be universally fragile. I get a new pair every month or two, as they die on me that quickly. I bought the two-year replacement insurance on them one time, and have basically gotten sixteen or seventeen pairs for free since. I have tried all manner of earbuds, both cheap and expensive, and regardless of what brand I get, they all die within two months. It's annoying, but as long as Best Buy continues to allow me to freely swap out broken pairs for unbroken pairs, at least it doesn't cost me anything in terms of money.

The one bad side to this particular earbud breakage is that for the next five miles, I was listening to podcasts with my right ear exclusively as the left earbud was dead. You don't realize how prevalent stereo sound is until you try to use only one earbud. I was able to listen to my podcasts, but the experience was significantly diminished. Out of frustration, I ran the final half mile with absolutely nothing in my ears, which feels a bit strange to me, since I'm usually always running with some type of sound ringing in my ears, be it music or podcast.

Apart from the eternal struggle of defective earbuds, it was actually a lovely day to be out and running. The sun was shining brightly (so brightly that even cow statues were wearing sunglasses, as seen above), and the weather could not have been more perfect, with temps in the upper sixties. The runner types at Wash Park were largely wearing shorts for the first time in recent memory, and this bright spring day was like a vision of warmer days to come.

I mentioned it earlier, but can I just say that I love this cow statue. Having a cement cow on your front porch is pretty great to begin with, but then to have it adorned with a bevy of necklaces and some fashionable shades is that extra something special to take it to the next level. God bless Denver! 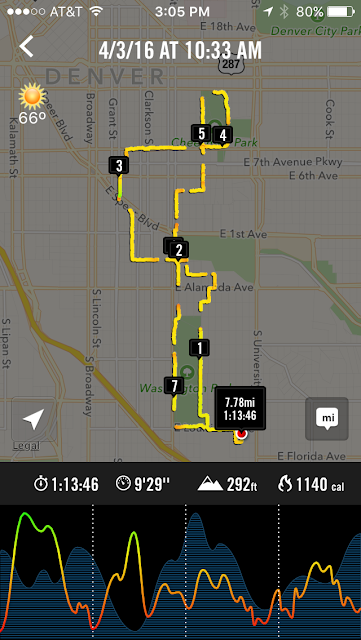