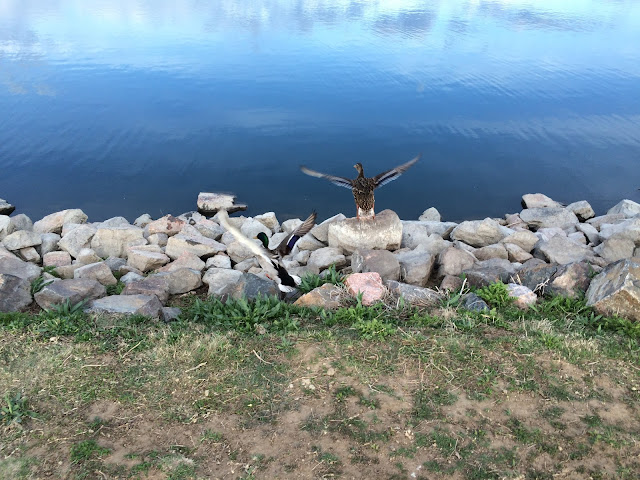 It was another beautiful spring morning surrounded by the flowering smells of spring and pink trees everywhere, which made it melancholy, because the forecast calls for a weekend of non-stop snow and cold. This weekend seems like it could be pretty nasty, so everywhere I ran this morning, I worried that the impending winter's last stand would ruin everything that was bursting through. Now that the flowers and pink trees have burst upon the scene, if this weekend's weather kills them all, I will hate the snow even more than usual.

Still, this morning was lovely, and I enjoyed it for what it was. These two ducks were just chilling on the side of Ketring Lake, and they looked so lovely that I was hoping I could get a picture, but as soon as the camera came out, they freaked out and flew into the water. Still made for a nice picture, but I wish that ducks weren't so afraid of cameras. 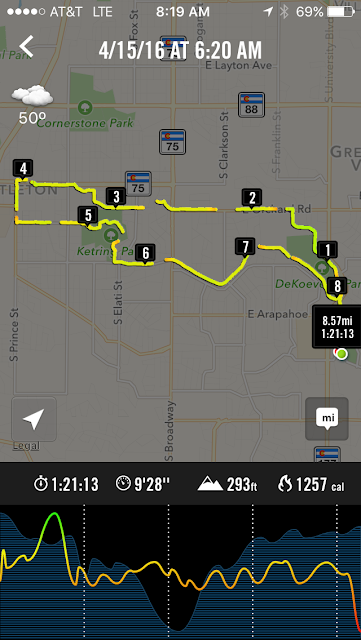