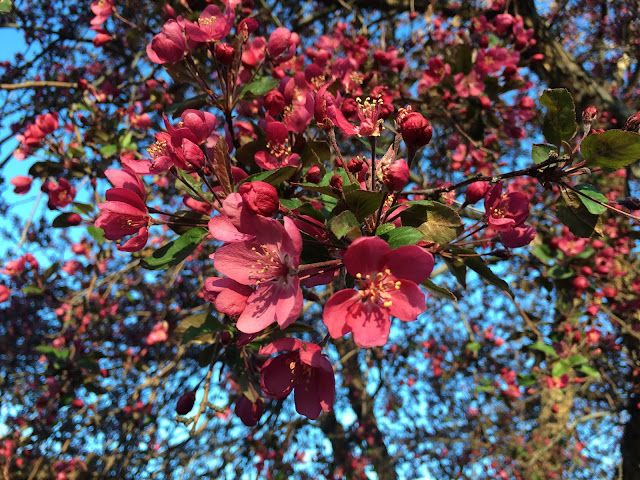 This spring has sprung slowly. The true herald of spring to me is the arrival of pink trees. They usually start popping up early in April, and the pink tree crop has been prodigious for the past two years. However, this year it has been somewhat slow arriving, to the point that I have been frequenting areas that I know are replete with pink trees just in the hopes that they would be blooming finally. I was beginning to worry that a late frost or El Niño or global warming or some other weird weather phenomenon had killed the possibility of pink trees this year. That would make me sad.

Then came Wednesday! This run was the first time that the pink trees have truly been out in force this spring. They are not quite as robust as they have been the past two years, but they are certainly blooming and they are a pretty as ever. I didn't realize how much I missed them until I started seeing them in force on this run. There is something about them that signals the end of winter (even as a big storm is predicted for this weekend), and reignites spring in my soul. I love pink trees!

With the good must also come the occasional disappointment. I listened through the new Lumineers album for the first time on this run, and then I immediately listened to it again. It's decent, but I must say I was expecting significantly more. Their debut album popped immediately and was legitimately GREAT. This one is perfectly cromulent, but doesn't have that hoped for sizzle. I'll give a few more listens before rendering a final judgment, but my initial reaction is definitely disappointment. 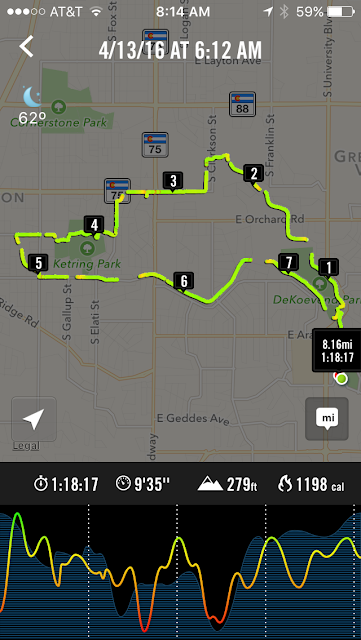