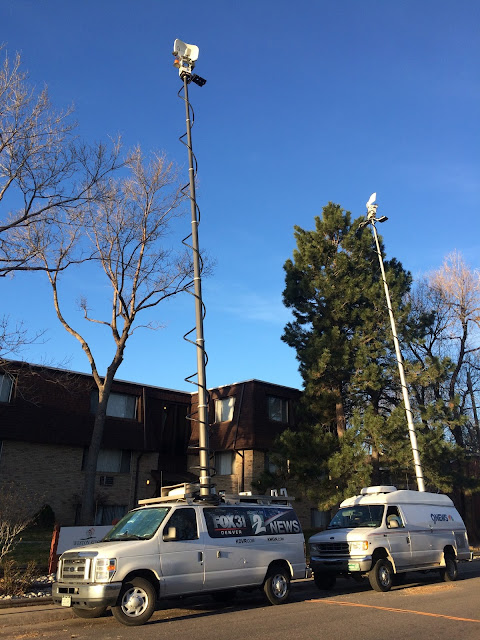 For the second straight run, I bumped into the media. This time, I had no idea that I would be doing so. Apparently a home for the elderly had a fire, and several hundred folks were forced to evacuate their homes, so an American Red Cross shelter was set up at the Littleton United Methodist Church. There were a few cameras set up pointing at the church. I had no clue why the church was getting media attention (I learned about the fire after my run), but I was intrigued that television was congregating at the spot. I was a little worried, in case something tragic had happened and I was just waltzing over taking pictures, but it turned out to just be a fire. Not great, but also nothing calamitous and completely life altering.

About two-thirds of the way through my run, I received a text from the home front informing me that we needed milk. Seeing as how I had finished off the last tiny dregs of it with my cereal that morning, I was aware. But, I also felt pretty responsible to replace it. I ended up taking a bit of a detour and purchasing a gallon and then ran the final half mile while lugging a gallon of milk. I do not recommend running with a gallon of milk. Not fun. I felt like my arm might fall off by the time that I was done. Not good times. 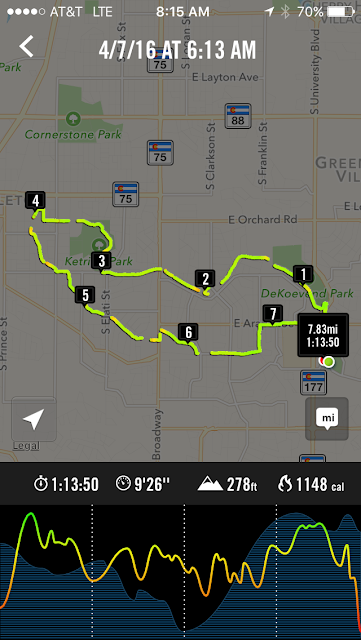