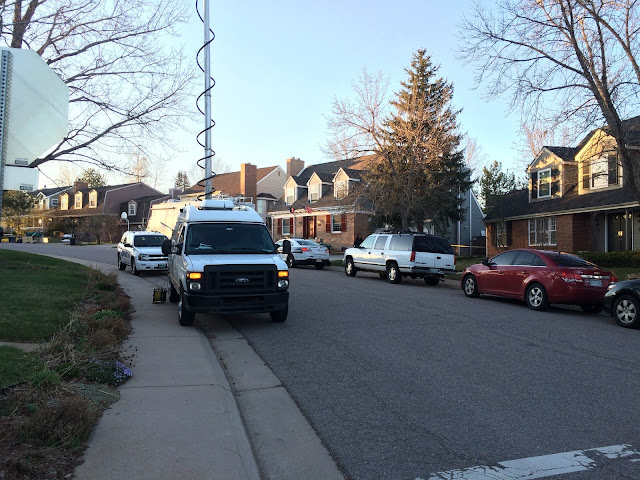 There was a shooting yesterday in our fair town of Centennial, and that's weird. Centennial is a sleepy little suburb where people don't tend to fire guns at each other much, I like that about my home town. Yesterday, however, a man shot three people, killing one of them and injuring two other, one of whom was his own wife. News stories coming out in the local press make it sound like he's a kook, as he was speaking with a judge and acting imbalanced, yelling at his own assigned public defender, and announcing he wants press attention and that he has hired John Elway's lawyer. He sound more than a bit off, which clearly he must be if he is killing people.

I heard about this story late last night, and realized that it was only a few miles away from my house, so I decided to run by this morning to see what was going on. As I arrived this morning, there were several police vehicles and three or four local news trucks lining the streets. As I ran past, I saw three separate reporters speaking into microphones. I can only assume that they producing stories for the news. There were a few police officers milling about, and yellow caution tape surrounding the house which I assume is where the shootings took place. It was more than a bit surreal, as this street looks like hundreds of others that I run on every week. I don't know that I my trip there answered any real questions, but it was interesting to see such a normal place look so unusual. It was disquieting.

The only other thing of note from this run happened less than a mile in as I heard a very loud owl hooting, and looked up to see him chilling in a tree. The sun was still not all the way up, so the sky was dark blue and I couldn't see the owl perfectly, but I did get several photos of it silhouetted in the tree. It was a pretty cool moment of nature, and one of those pictures would probably have made the blog on a normal non-murderer kind of a day. 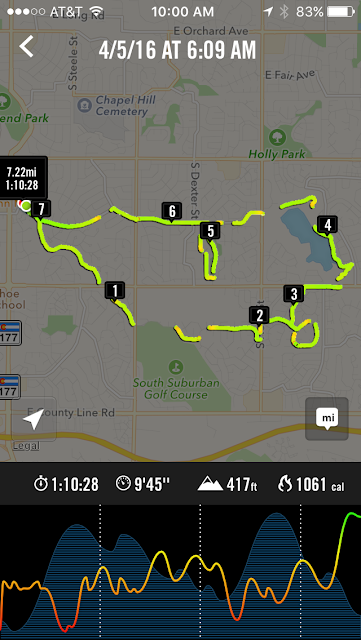