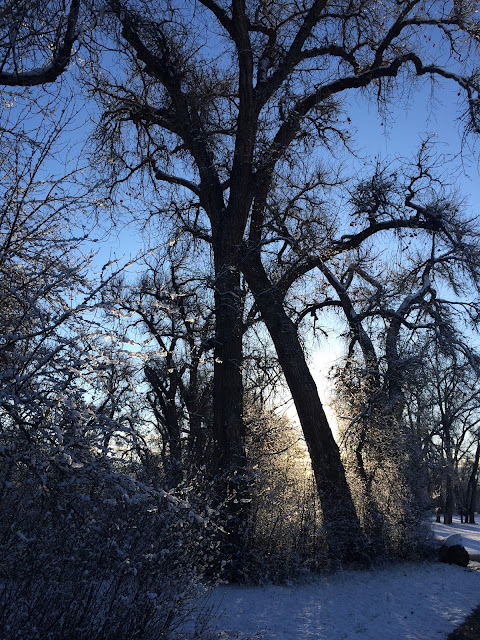 The world was cold and snowy this morning, and I didn't even care. Usually, cold and snowy is my least favorite thing, but there was something different about this snow. I don't know what to attribute it to, but for some reason it has stuck to trees and bushes making them beautiful without sticking to roads and trails making them slick. All of the vegetation I saw this morning looked like it had been blessed by a good, but frozen, fairy. They were magical looking and everywhere I went the magic could be seen without slipping.

The spell did not last too long after the sun went up, as it immediately began to warm up and the cool frosted look began to melt making the world look like it's normal early spring self, but for an hour or so of running time today the world was enchanted.

Today's photo comes from Ketring Park where the early morning sun was shining through the trees and some of the magical frost. The picture is pretty, but seeing it in real life was otherworldly. This spot was a mythical vision this morning. You know it's amazing if it has to do with snow and even I am singing it's charms. 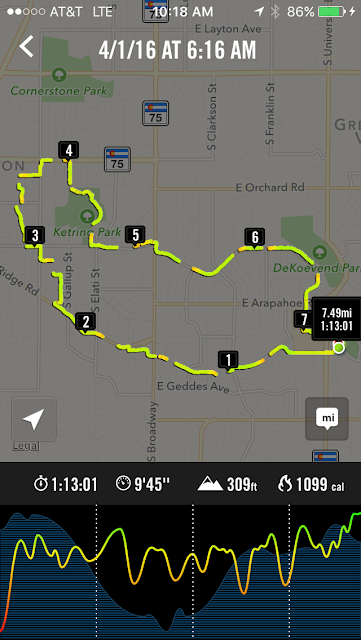