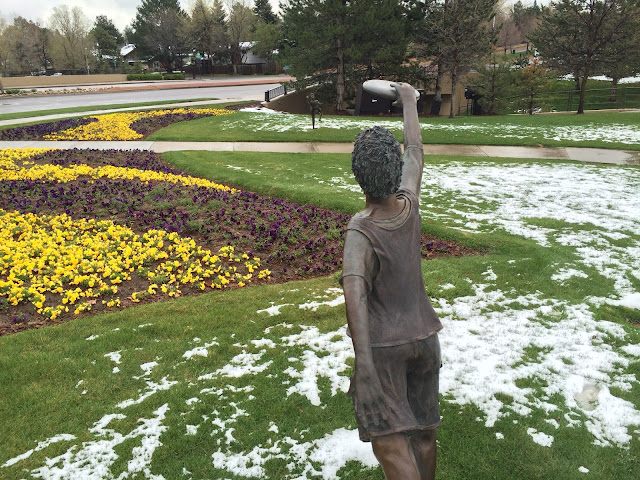 May 1, 2016
7.10 Miles in 1:07:18
Mood: Discovering great running trails in places I wouldn't suspect them to exist.
Soundtrack: The Gist / The Mediocre Show / The Allusionist

I skipped my Friday run due to snow falling freely and the fact that I had surpassed the 100 miles run mark for April on Thursday morning, so by Sunday morning I was overdue for a good run. I woke up early to try and get it in prior to a scheduled brunch appointment at 11:00. The first thing I did was look out the window to see gray skies and heavily falling snow. This annoyed me, and while I really wanted to run, I really didn't want to run in a snow storm.

I was a little grumpy as I sat and pouted on the couch while fiddling with apps on my phone, but decided not to go Sunday. Then after a delicious brunch, we got home and the weather had cleared up a little. It was still gray, but at least the snow had mostly stopped, and I felt there was enough of a weather improvement to hit the road.

Before I started my run, I actually drove to the Boulder Running Company to buy a new pair of shoes, as my running shoes are pretty shot. I walked in fully dressed for a run, tried on a few pairs, and decided upon some really bright (some might say obnoxious) orangish-yellow Nikes. They can practically be seen from space, and I instantly fell in love with them. I left the store, threw my new shoes in the trunk of my car. (I didn't want to get them wet.) And began my run right from the parking lot of the shoe store. Snow was lightly falling, but could wait no longer, and I have done very little exploring in this part of town, so I thought I'd see what I could see.

What I found surprised me. Turns out there are some BEAUTIFUL places to run in the Denver Tech Center. This is a place that I mostly thought was full of industrial parks with office towers and giant parking lots. While there is definitely some of that vibe in the area, there are also homes, and parks, and great lawns with cool statues (as seen above with the frisbee toss and catch combo above), and there are lakes and homes and running trails, and I found a tremendous path that I followed for two or three miles. I would never have guessed this was such a rich and vibrant area in which to run, but I was most pleasantly surprised to find so many great places to explore. I was snowed on a little bit, and hit several patches of mud, and when I got home my socks were soaked, but it turned out to be a delightful seven miles to open May. 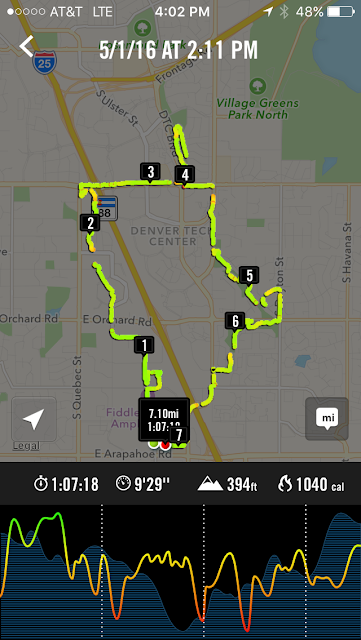