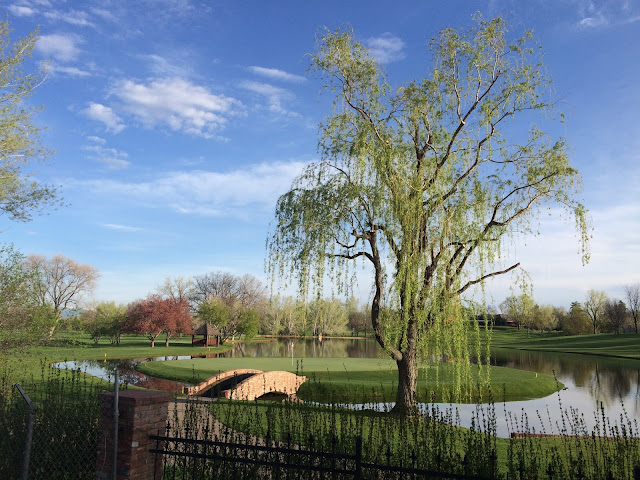 I accidentally put myself into a very long run today because I failed to comprehend the difference between a straight line and a squiggly line. I now understand that a squiggly line takes much longer to traverse than a straight line, but for some reason I had forgotten this basic fact of geometry four miles into my run this morning.

It was at the four mile mark that I decided to run back south using the Highline Canal Trail. To this point, I had arrived at Quincy Avenue by running almost directly straight north, and had arrived at a very northerly point in my usual running territory so quickly that I was seduced by my own power. "I can go ANYWHERE!" I thought to myself.

Then I decided to meet up with where Quincy meets the Highline Canal Trail because I was mad with power. Then I started running south, and where my northbound route was straight as an arrow, suddenly I was running back and forth along the east-west axis far more than I was comfortable with. At about the seven mile mark, I realized that I was going to be running much further than I usually do on a Friday morning, and I was going to be remarkably late getting back home, which would make me late getting to work.

I texted my wife to let her know not to expect me at my normal time, and that I hadn't been abducted by pirates or anything, but I was going to be late. Then I just kept pushing my way down the trail, and eventually made my way home about 45 minutes later than I usually would have gotten back. I'd feel bad about it, but it was an awesome 11 mile run, and I felt amazing, and the weather was in the upper sixties or maybe even seventies, and I didn't really care. I regretted nothing about this epic trek to places I rarely reach (because they are far away).

Today's picture comes from the early part of my run as I was just about to make my fatal flaw and decline heading south on the much straighter University Blvd. It was right before University, as the morning sun lit up the Cherry Hills Country Club golf course in a way that made me admire the beauty while simultaneously making me slightly annoyed that golf courses take up such large swaths of awesome real estate and make them ultra exclusive so only the super rich get to enjoy them. I'd much prefer this site as a public park open to all as opposed to a beautiful golf course that is closed to the public and which I only got to view from behind a barbed wire fence. Rich people stink, sometimes, and I don't much care for their game of choice (golf) either. 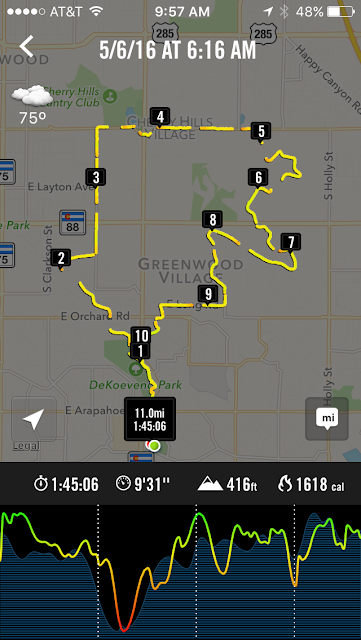