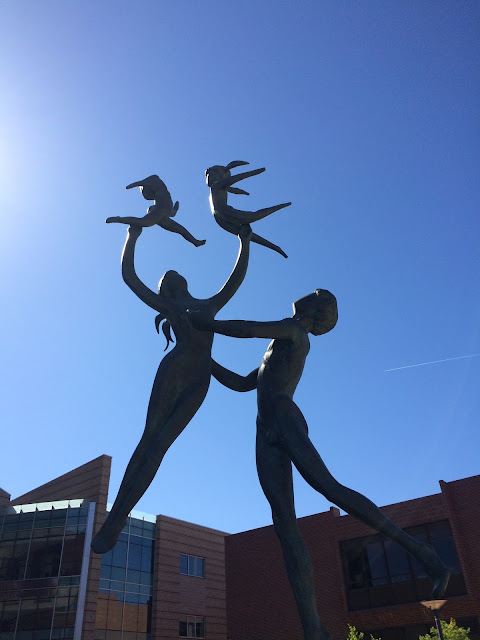 My wife's cousin was in town for a wedding and staying with us over the weekend, and we had made plans to run together for a bit on Sunday morning. He was only going to do a mile or two at most, so he wasn't going to accompany me my whole outing, but I was looking forward to even that brief bit of company. Unfortunately, he was up on the phone late with his wife until after One AM, so when he stumbled down to breakfast he looked like he was in need of medical attention...or at least another half night's worth of sleep. He looked gray and unresponsive, and I was worried about him. He told me he felt like he needed some more rest, and I agreed that I didn't want him to die so I said he should probably stay home and get more sleep. When I got back home, he had just gotten up and looked remarkably better.

However, when I got to Wash Park, I was slightly bummed that I'd be running solo. It was a weird morning, because I felt like I was struggling, and then I looked at my times and I was running much faster than normal, so my gauge for how I was doing was remarkably off. It took me about two miles to really get into the swing of things, and then I felt pretty solid. I hit up some of my favorite parks, and then went back south through a medical center I'd never been through before. It wasn't all that remarkable, but I loved this statue that was in the middle of it. It was weird, because it was mostly stylized versions of a human family without any notable features...most of it was smooth, except the two male members of the statue were anatomically correct in the genital area, which was a little weird. Still, it didn't seem pornographic or anything, just arty and fun, so I decided to make it my photo for this day's run. 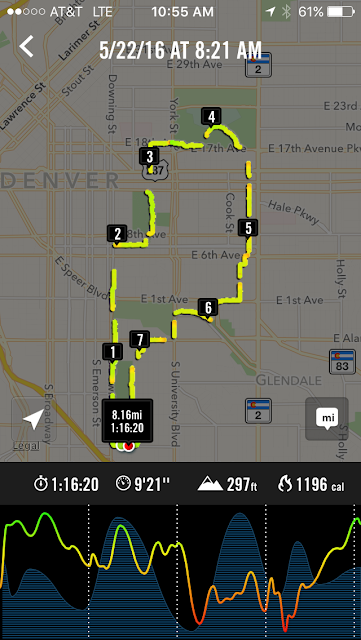