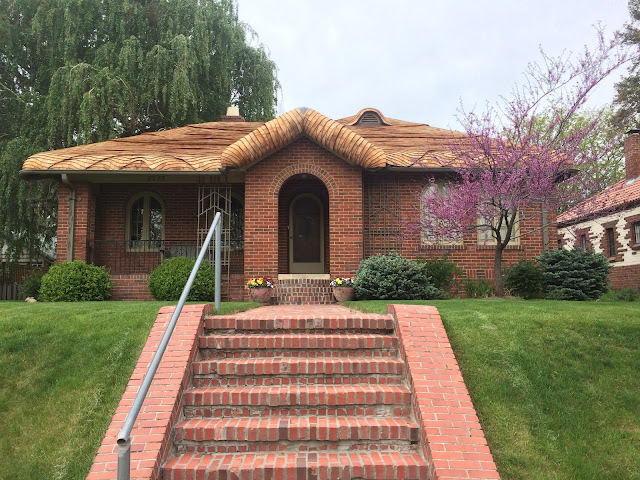 May 15, 2016
8.55 Miles in 1:20:43
Mood: Hydrated and photographing Hobbit houses.
Soundtrack: Jack Johnson "In Between Dreams" and "Brushfire Fairytales"

My wife and kids were a brief part of this outing. For the second time in the past year they volunteered to help out at an Arthritis Run/Walk event. They were manning a water station, and about a half hour before the run started, I dropped by at around the 4 mile mark of my run to say hello. They are very good at hydrating runners, my glass of water was just perfect, so my compliments to the glass fillers!

Today's photo comes from a little house that faces the western edge of Wash Park. It's a cute little home with a roof that looks like it was fashioned by Hobbits. I have never seen another house with a similar roof. I've noticed it a bunch of times as I have run around the edge of the park on past occasions, but this time I decided to cross the street and get a closer look because of how cool and otherworldly its roof looks. 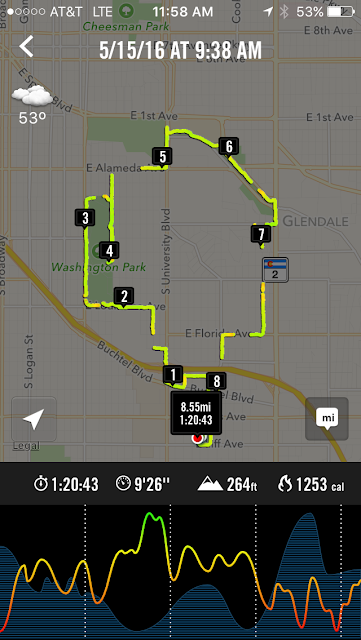