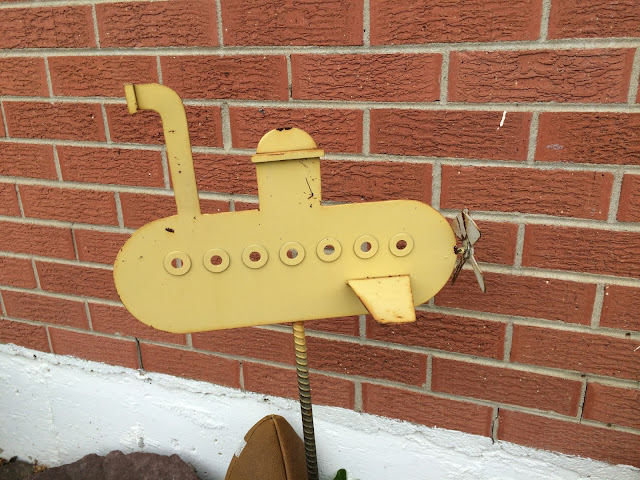 I saw a blue jay this morning, and boy howdy are those birds hard to photograph. I've seen a few on different runs, and every time I try to get a picture, they juke and jive like Mohammad Ali. I know he preferred to say he floated like a butterfly and stung like a bee, but he should have found some way to get a blue jay into the word picture as well. I will continue to try and take a picture of any blue jay I see, but don't hold your breath for a photograph on the blog. Those suckers are elusive.

I had a hard time getting started this morning, but eventually found a decent groove, and I found myself pushing so far to the west that I saw Santa Fe Drive at one point...that's a good distance from home, which helps explain why I did eight miles today.

Today's picture was of a relatively small item that isn't particularly eye catching, but once I saw it, I loved it. Yep. It's a yellow submarine. It's almost nondescript in front of a modest home in Littleton, but once you see what it is, you really embrace it's connection to Ringo Starr, or at least I did. 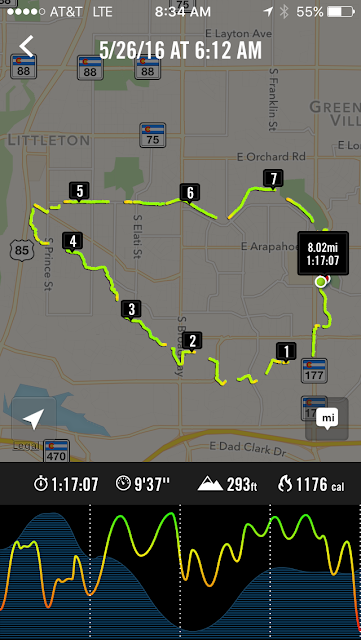