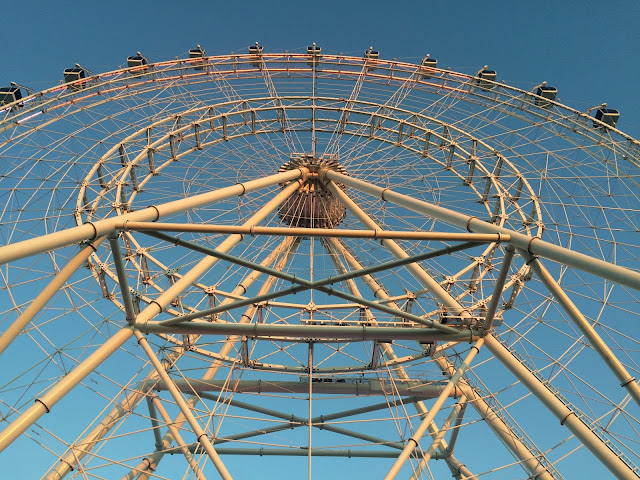 June 16, 2016
7.05 Miles in 1:06:39
Mood: Exploring the weird and wonderful nature of the tourist trap part of town AND my glorious introduction to Wawa.
Soundtrack: U2 "Songs of Innocence" / Bad Veins "The Mess We've Made" / Jack White "Blunderbuss"

Firstly, this run brings my Run and Shoot state total up to 11 different states! I already had Colorado, Kansas, Washington, South Dakota, Illinois, Arizona, New Mexico, Louisiana, Missisippi, and Iowa. Now I can add Florida to that tally.

We had been up fairly late the previous night at Disney's Animal Kingdom, and on this day we were planning on hitting up the Magic Kingdom, but despite that, I needed to get some miles in, so I awoke early to attack the Florida heat despite having a somewhat wobbly ankle and knowing that I this was day 2 of five straight days at Florida theme parks.

Florida, while hot and humid, still didn't usurp Mississippi as the muggiest place I've ever run. Orlando was hot, but I couldn't wring our my shirt and have it drip like I could when I went running in Pass Christian. Still, the humidity had me sweating up quite a storm as I explored the resort parts of Orlando surrounding our hotel. The first half mile was a bit of a struggle, as I had tweaked my ankle just before leaving Denver, and it was sore, but after a mile or so, I had worked out the kinks, and was running pretty strongly with the added benefit of having Sea Level air, which made it feel like I was invincible because there was just so much Oxygen.

We were staying on International Drive, which is an odd stretch of touristy road that is home to more restaurants per square mile that almost any place I have ever seen along with having more cheap looking gift shops with Disney themes that are almost certainly fronts for illegal activities. It is also home to various roadside attractions which include mini-golf palaces, a fun house which looks like an upside down state building, the above pictured Orlando eye (a giant Ferris Wheel that I never actually saw operating), a few go kart tracks, a Wet and Wild water park, and no fewer than three different zombie themed businesses to go along with a giant statue of a Brazilian soccer player. It's a weird amalgam of things, but it was fun to run through because you never knew what you might find.

The final important note from this run is that it was on this run that I discovered my very first Wawa. For those not in the know, Wawa is a glorious convenience store that puts all other convenience stores to shame. It is a favorite of Eric Tomorrow of the Mediocre Show, and when I saw it for the first time with all the past times I have heard Eric mention it on his show, I entered it like a giddy schoolgirl. The thing that makes Wawa great is that it has excellent customer service, and more importantly, it has some very solid food options and touch screens upon which to order said food. Then they make it all right as you wait, and it's pretty dang tasty. I only purchased bottled water on this trip, but for the rest of this vacation, Wawa became a staple of the breakfast meal, and I was pleased with it everytime. 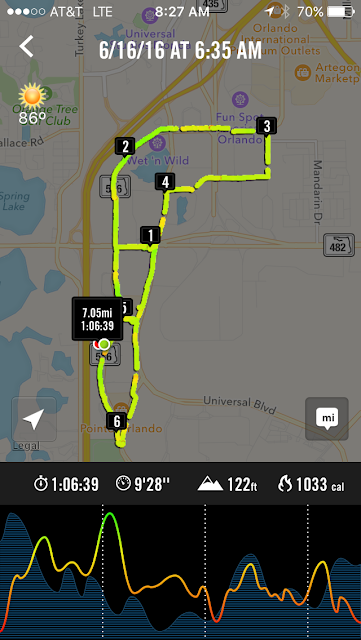