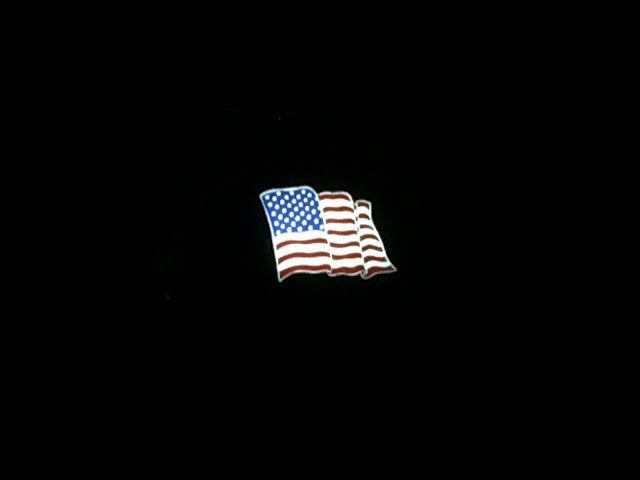 It was a spooky night. The day that was had been hot, and the streets had soaked up the warmth so that when the heavy rains fell this evening, the water on the ground quickly evaporated making the world moist and foggy. It wasn't muggy, but it was damp and the fog rising from the ground made way in the imagination for ghosts and goblins far too easily. The night felt eerie, and as my glasses kept fogging up, it made it harder to see. I kept taking off my glasses to wipe them clear, but while I was doing that, the world seemed even more foreboding as a mixture of fog and blurriness REALLY made the world feel creepy. I started thinking about how terrifying it would be if I were to lose my glasses and be forced to find my way home in this dark and foreboding world. I was really giving myself the willies on this run.

The only reason I had waited until the dark of night to run is so that I could watch Game 5 of the NBA Finals in which I had hoped the Warriors would finish off the Cavaliers and win the title, but Cleveland had other ideas, so I began my run in a sour mood, as I am strongly rooting for Golden State to repeat. The first mile was a struggle, as I had struggled with a low blood sugar just a few minutes before it was time to leave on my run, so I had eaten several homemade cookies that my wife had created earlier today. They were delicious, but they weighed on my stomach like a ton of bricks that first mile. Finally, I got into a groove, and felt better, but I was hating life for the first 15 minutes or so of this run. This was a run that was taken almost entirely because I'm worried about reaching my target this month, and with vacation starting tomorrow morning, I'm not sure how many miles I'll be able to rack up in the next week, so I went out at 10:00 at night even though it probably would have been smarter to just skip out on running and go to bed.

I had a premonition that I was going to hurt myself while running tonight, and with about half a mile to home, I did manage to slightly tweak my ankle, which honestly made me laugh at myself as if I had willed it to happen. Thankfully, it appears to be nothing serious, and I managed to run the rest of the way home without too much pain.

Tonight's photo looks more like patriotic clip art, but I assure you that this flag is actually a photo taken of a light up flag that someone on Panama Street has lighting up their back yard. It's bright and obnoxious and overly patriotic, and yet I kinda love it. I especially love the way that it turned out in this picture, which nothing else can be seen except for the light. It's kind of amazing. I may have to take a photo of it during the day just to provide context for what it looks like in a back yard instead of just in a field of pitch black. That will have to wait for awhile, as I'm hoping my next post will come from Florida. 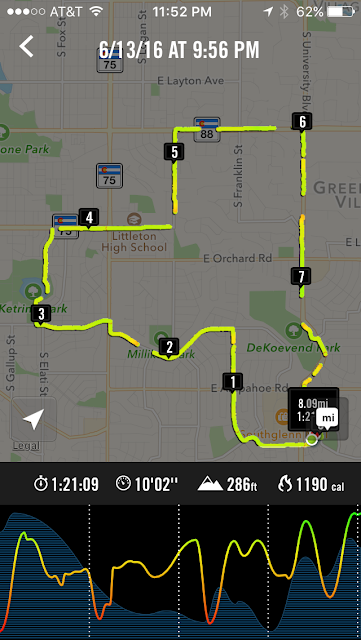