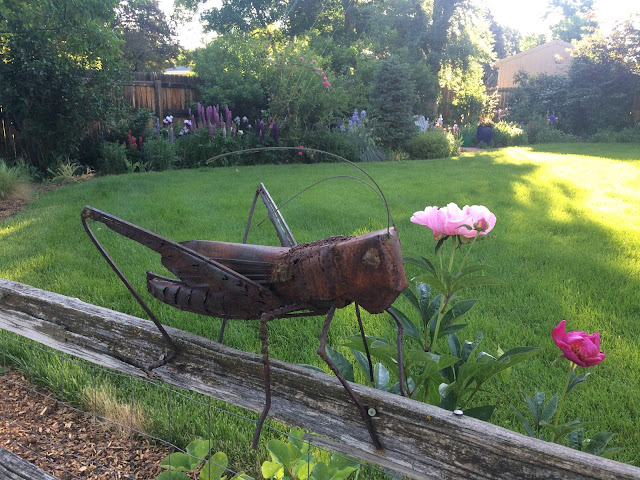 I've passed by this grasshopper on countless occasions, and every time I think to myself that it'd make good fodder for a Run and Shoot post, but I've always managed to find something better instead. This was a hot run on a day where I was not feeling terribly inspired to shoot pictures, and the grasshopper's day has finally come. After not running since Sunday, I thought the rest might have made me a little faster on this Thursday morning, but I continue the recent streak of slowness.

I'm also considering using sweatbands on my wrists, because I'm starting to hit the portion of the summer where temps rise to the point where I'm sweating profusely, and the most annoying part of the sweat is when it runs down my arms. Perhaps sweatbands would help? If not, at least I'd look undeniably cool, right? 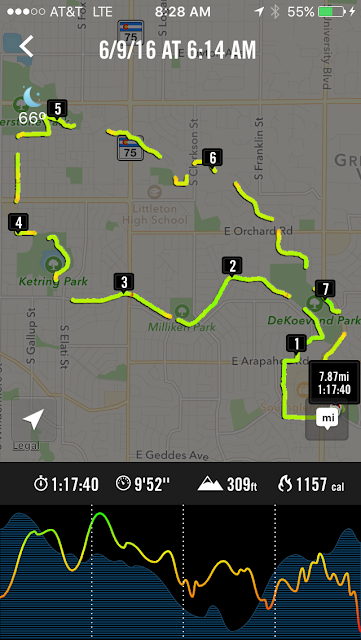