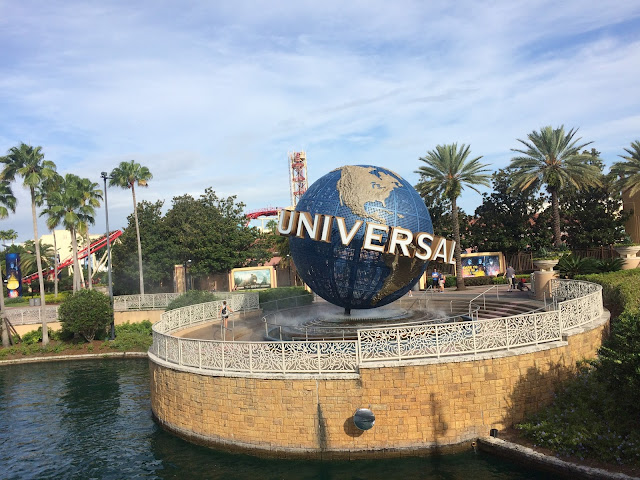 I was a tired puppy as I woke up this morning. I had just finished a theme park marathon of five theme parks in five days (Animal Kingdom, The Magic Kingdom, Epcot, Universal Studios and Islands of Adventure), and I was pretty tired. Still, I wanted to get more Floridian miles in, and I hadn't run in four days, so I forced myself out of bed and on to the streets.

I began by running South for a bit and I ran past the Orlando area Convention Center, which was quite stunning, really. Large beautiful buildings and interesting architecture made for some interesting running, and I really enjoyed the artistic bus stop displays, but then I had an epiphany...I could run to Universal Studios. By the time I had reached back to where I started, I was almost three miles in, but I had this notion to make it to Universal, and I was not going to back out now. I knew I needed miles, and now I had a destination in mind.

The crowds were starting to arrive as I got close to Universal. On a few occasions, I had to severely slow down because there were a lot of people walking, and only a narrow walkway on which to traverse, so I got stuck in a bit of a bottleneck, but I kept pressing on. I didn't even let a security checkpoint stop me, and I had a first in my running career...a run interrupted by a security check through a metal detector. It felt a little weird when I was running on the moving walkway too, but all this weirdness was the cool kind of weird...a situation I knew was special because of it's weirdness. I'm sure everyone headed to the park that day thought I was exceptionally weird, a single runner in a sea of walkers.

I walked to the front of both Islands of Adventure and Universal Studios, and took a picture of the entry to both before turning around and enjoying the brief boost provided by running on the moving walkway. An experience that makes you feel superhuman until you reach the end of the moving walkway and suddenly your progress feels like it grinds to a halt.

All in all, this was a scenic and unusual run that felt quite gratifying. I was super glad that I had pressed on all the way to Universal once I was finished. 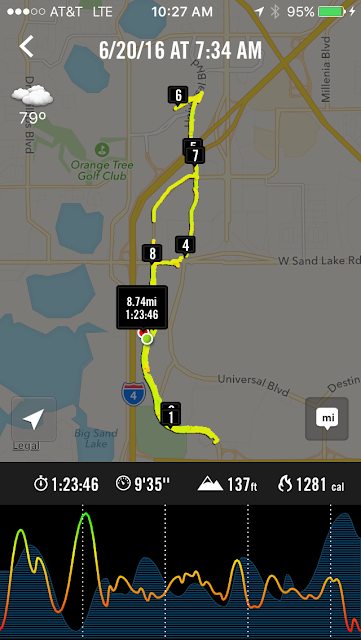