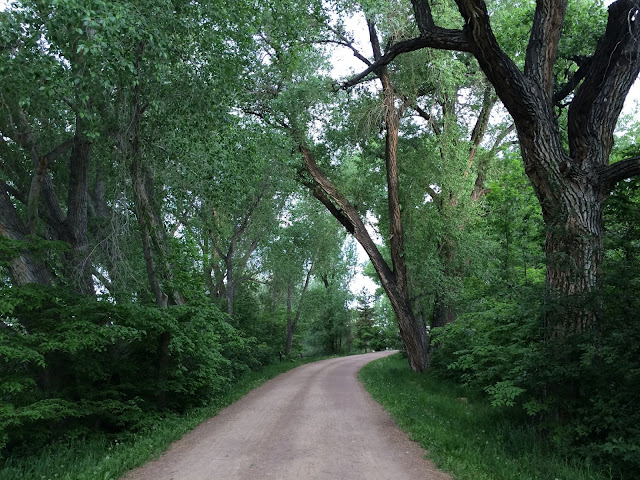 There was a lot going on this day. It was my sixteenth wedding anniversary, I had the day off from work to volunteer with some youth in Denver, my mother was coming in to town and I had to pick her up from the airport, and my sister in law and her three kiddos were also staying with us. Yet with all the noise surrounding this very busy day, I still really wanted to get in some miles for June.

I woke up at 5:30 after an uneven night's sleep, hastily went through my morning routine, and was out the door and hitting the trail just after six. I was tired and slow and after my first mile, I genuinely wondered if I could get in a decent number of miles with as run down as I was feeling and with so much yet to do. I had to be back sooner than a normal morning run, as I needed to pick my Mom up at the airport that morning, so if I was going to get miles in, I needed to not lollygag. I pushed as hard as I could, but I never really was in a full swing on this outing, but I gutted out a decent seven miles despite clearly not feeling my best. It was a lovely morning, and I was listening to good music and reflecting on how lucky I was to have married the woman that I married.

Today's picture wasn't anything remarkable, just a lovely stretch of Highline Canal that I decided to stop and shoot because of how green it was. I wasn't feeling super inspired or super strong this day, but with all so many positive things happening in my life, I was feeling pretty happy and positive, even if I was doing so at a glacial pace running-wise. 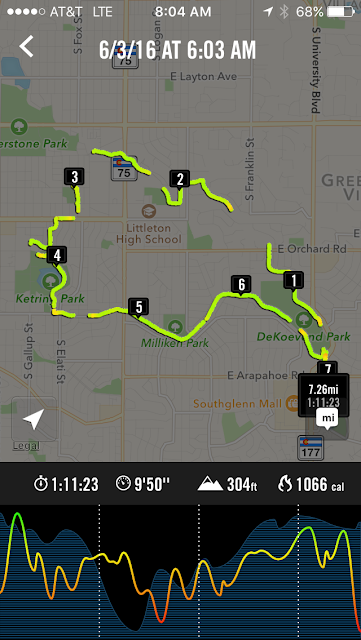