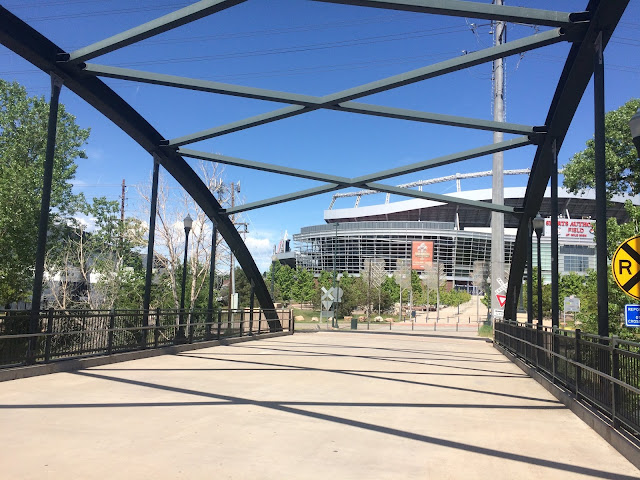 Seeing as how Sports Authority is closing all of it's stores, I figured that I was running out of time to run past the Broncos stadium and have it still be called "Sports Authority Field at Mile High". Seeing as how I still think of it as Invesco Field most of the time, this isn't a huge tragedy that the name is going away. It's a mouthful and it's overly wordy and it's kind of stupid. I'm not among the crowd that feels that it must be called "Mile High Stadium" because that is a different place from a different time. I would like for it to have a non-stupid name, though. The name won't officially be kaput until August or after, as Sports Authority is paid up through August 1st, but I have a hard time seeing a company that is closing up spending 3.1 million dollars to keep it's name on a stadium when it isn't even bothering keeping it's stores open.

On this lovely day in late May, however, the Sports Authority banners were still flying high, next to banners bragging about being Super Bowl 50 Champions and thanking all of Broncos country for their support. It's still a little hard to believe my team is the champs, and even harder still to see them repeating next year, but for now, it's kinda nice being on top of the heap, even if such glory is both reflected (as in, I did nothing to contribute to winning anything) and quick to fade.

Today's picture shows the stadium from a bridge that I will forever remember from my childhood. Walking to Broncos games when I was younger, this bridge marks the first place that I would be the able to see both the current stadium and it's forbearer, the aforementioned "Mile High Stadium" as I walked to the game. We'd walk out from under a bridge, turn the corner, and walk across this bridge. This meant that I was getting close to watching my team play football, and to this day this bridge holds a fond place in my heart. It's become a little more congested in recent years, as the city started partitioning off a section of it to allow for bike rickshaws to use a lane. I hate these things and the American laziness they epitomize, so I tend to walk in the rickshaw lanes to slow them down as a way to protest the usurpation of my bridge because I'm obnoxious sometimes. 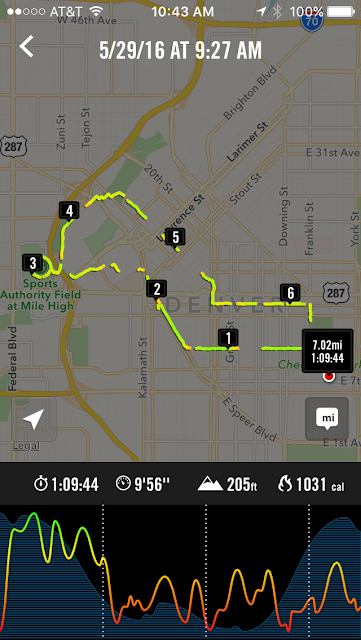