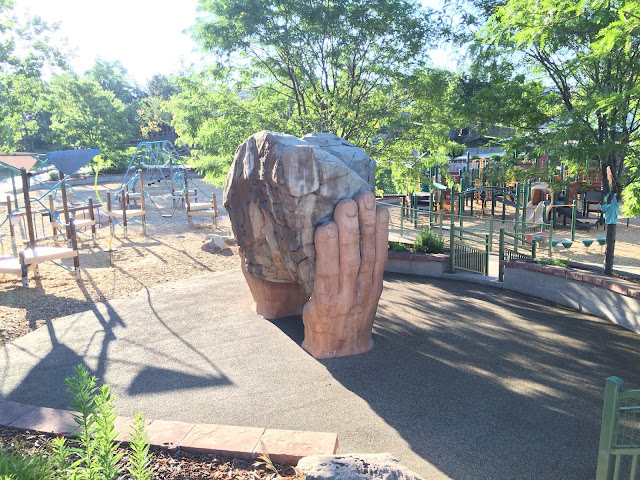 I felt strong, and pushed much further northeast than I've ever been on a run that started from home. It was an amazing morning, and before I knew it, I had made it all the way to Westlands Park, which probably has the greatest playground in the state of Colorado. On my way there, I found several sweet little trails leading there, and flowers and glory everywhere. I was in a good mood already, but the beauty on this run was really over the top. Then I arrived at Westlands, and I knew I'd have to take a picture of the giants hands holding up a rock, which is part of the playground, and the thing that probably puts it over the top for greatest Colorado playground.

My mood soured a little as I headed south and discovered that the grounds my running app said were a park are now being developed into a housing development. This angered me, as I don't think parks should ever be transferred into homes. Parks are sacred. I was irritated enough that I made an angry hand gesture at the developer's sign, which didn't really accomplish anything, but it did make me feel better and surely look a little crazy to anyone who passed by. 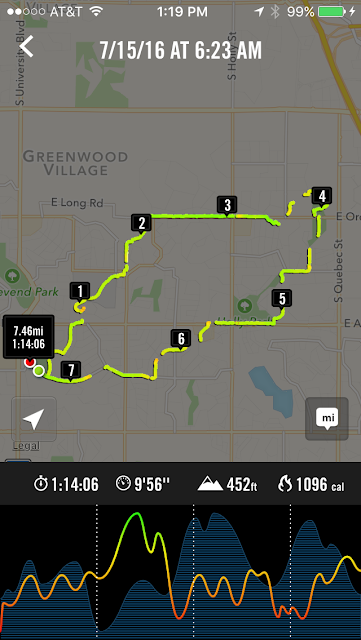