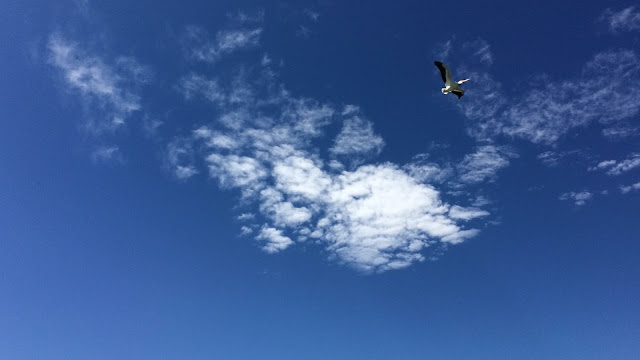 Pokemon Go is in the midst of it's breakout weekend. It's an augmented reality game that can be downloaded to your phone and allows you to walk the earth seeking Pokemon to capture and collect, and I had just spent several hours with my buddy Doug playing it Saturday night, so as I roamed the Capital Hill neighborhoods from Wash Park to Cheesman Park and back, I was constantly tempted to open up the app and attempt to "Catch Em All". The problem would be that if I started playing, I knew that would be the end of my run. Because I don't believe this is a game that I could halfway play, when you're playing it, you're all in. I managed to keep my Poke urges under control until I finished up my normal run. (I then spent 20 minutes rambling through Wash Park on a hunt, but I considered that a win.) This game may quickly lose it's allure (although right now it's taking the world by storm), but right now, it's a legit temptation.

While actually running, I felt pretty good. It was a hot morning, and I could tell it was going to be a ridiculously hot day, but I had started early enough in the morning to avoid the worst of it. It was an interesting run and it included moments such as when I ran through a neighborhood I had never seen before, and it seemed to be completely comprised of homes that look like medieval castles. I also discovered that White Fence Farm is building a new location on 9th Street, which seems weird to me, as the greatest thing about going to White Fence Farm to me has always been "The Farm" and much less their greasy chicken, but apparently, they are bringing the chicken to the city, although clearly not the farm, as their store front is a tiny spot that will only have room to sit and eat unhealthy food and NOT view llamas. I also found a home that rather than having a gargoyle statue or perhaps a lion statue out front on their walls instead had matching squirrel statues on either side of their gate...a first for me.

However, the greatest moment of the morning is what led to today's photo. It was the moment that I was in Wash Park and looked up to see a giant Pelican swooping around Grasmere Lake on the southern end of the park. I have never seen Pelicans in Colorado before, but there were several flying and there was also a pod of about six swimming around in the water. They were participating in a weird looking group activity which consisted of them all huddled closely together as they swam and then they'd all dive underwater simultaneously. I assumed they were catching fish, but in actuality, it appeared more like they were a synchronized swimming team. It was both majestic and comedic, in a way that only a Pelican can be. The photo was just one that I snapped as a Pelican was flying overhead, and I liked the way it turned out. 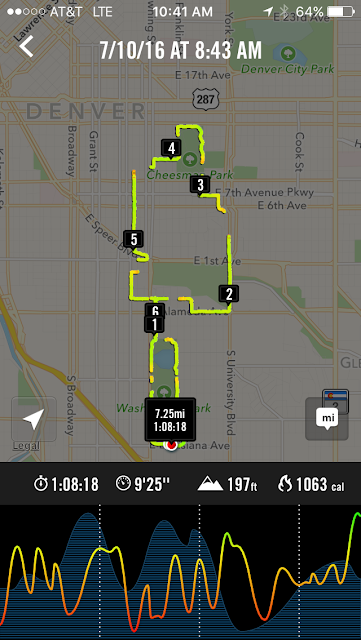