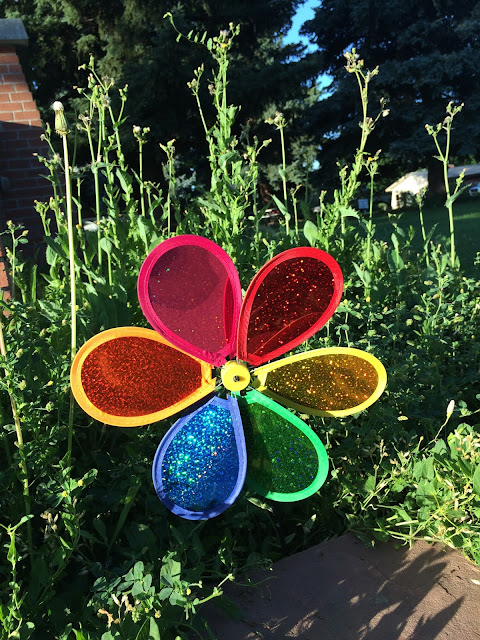 Once again, I spent most of this run absorbed by the Theory of Everything podcast. Not much else of interest happened throughout the majority of the proceedings apart from when I was about two miles from finishing my friends Chip and Deb pulled up to an intersection that I was waiting to cross and said good morning to me before moving along. Apart from that, little else happened.

I didn't get very many good photos on this run, but I really liked this one picture that was taken just as the sunlight was hitting this pinwheel. Light makes things better so often...especially when those things are sparkly. 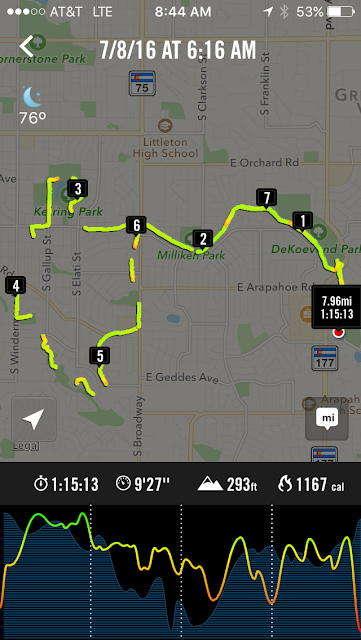