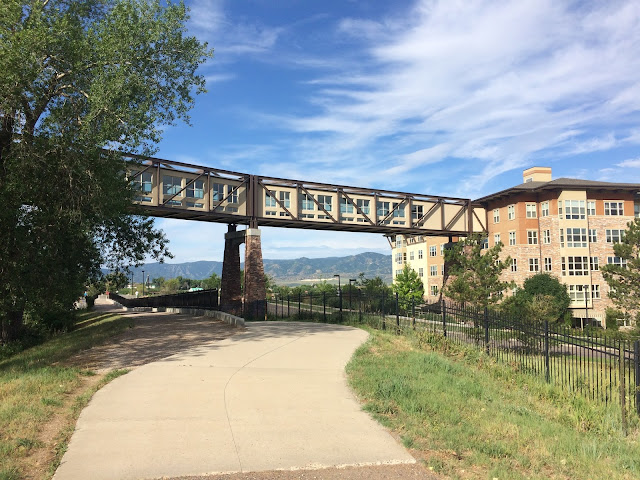 After hitting up some of the most southern portions of the Highline Canal on Wednesday, I decided I wanted to go even further. Almost all of this run occurred in Highlands Ranch, which also meant that it was almost entirely paved. I think I may have hit the end of the Highline Canal trail, but it's almost impossible to tell, as the trail starts splitting off and going all manner of different directions in Highlands Ranch...living up to HR's reputation as being absurdly labyrinthine and hard to navigate.

All the same, the portions of the trail I stuck to were pretty gorgeous, including a giant chunk that took me through a giant golf course. The trail actually winds through the middle of the golf course, which is weird, but something I enjoyed. Golf courses are beautiful places which are usually isolated and shut off so that men in gaudy pants can play a stupid game. At least in Highlands Ranch, the men in gaudy pants allow trail users to wind through their stupid game, which I appreciated. Nice of them not to keep their beautiful grounds all to themselves.

At one point during this run, I attempted to take a time lapse video with my phone as I ran. I held the phone in front of me and tried to keep it steady to see if it would produce a cool video of what the trail I was traversing looked like. What unfurled was not exactly that, but it was interesting...the screen bobbed and jiggled and you are able to get somewhat of an idea of what was happening, but it's jarring and disorienting too.


Today's photo comes from a spot on the trail just before I hit the golf course, it provided a cool view of the mountains along with a bridge that crosses the trail and leads...somewhere? I couldn't really tell where it was going, but it sure looked pretty. 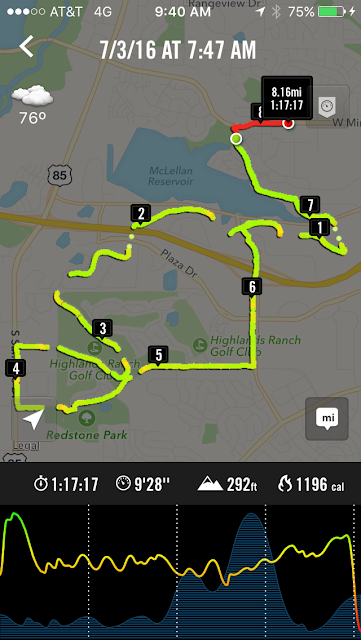