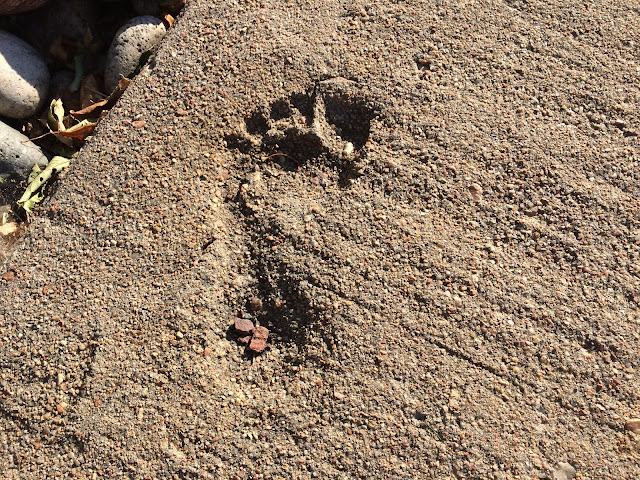 This footprint in concrete is tiny. There are actually four or five of them on this sidewalk, and I just imagined a little three or four year old giggling with glee as he or she stepped into wet cement. This made me smile, but then I was almost immediately made melancholy. This moment in time was captured in a cute way, but I have no clue how old this sidewalk is. The maker of these footprints may be older than me. (Not likely, but not impossible.) Time marches on and it does so quickly, and makers of tiny footprints get big. In fact, this tiny foot may now have tiny feet of their own in their home, and then I started thinking about how ephemeral life on earth is.

I started thinking about time moving along and how my own kids were making tiny footprints not that long ago, and how their feet are already bigger. And how I was playing catch with my nine year old son last night, and how soon these days will be gone forever. I'm not angry that time keeps advancing, just a little sad about how quickly great times in our life disappear forever. What it's replaced by can be good too, but it's always different. You can't step in the same river twice.

These are the thoughts that entered my mind...well, that and the occasional stopping to catch a Pokemon in an areas I knew to be good places to catch Pokemon. Melancholy musings on the fleeting nature of life mixed with greedily thinking about an augmented reality game...that was me this morning. I'd say I'm complicated, but I don't even think that's true. 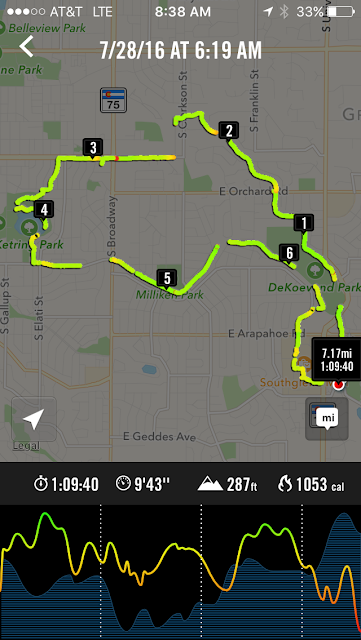