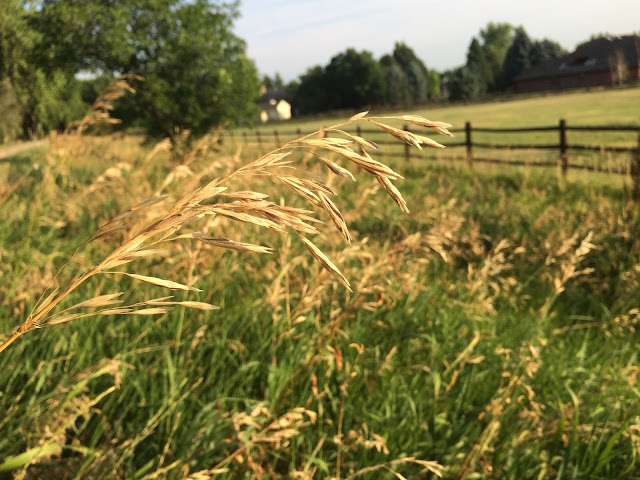 After not running since Friday morning, I hit this Tuesday morning with gusto. I wanted to run trails, and did something I rarely do, which was just run on the Highline Canal my entire trip. I went to a point that I knew would get me halfway to about 7 miles, and turned around and retraced my steps. It's not the most adventurous way to run, but it's probably the most scenic. What it lacks in weird things in front of people's houses, it makes up for in artsy nature photos like the one I took above. The sun was bright, but there was still an early morning crispness, so just about everything on this run was perfect. I even felt stronger than normal after several days off, and had a pretty respectable pace without having to stop too many times. 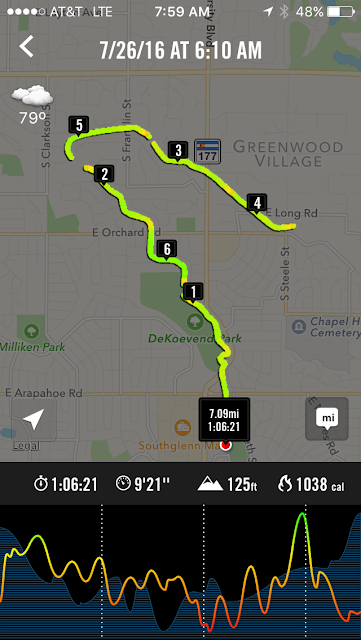