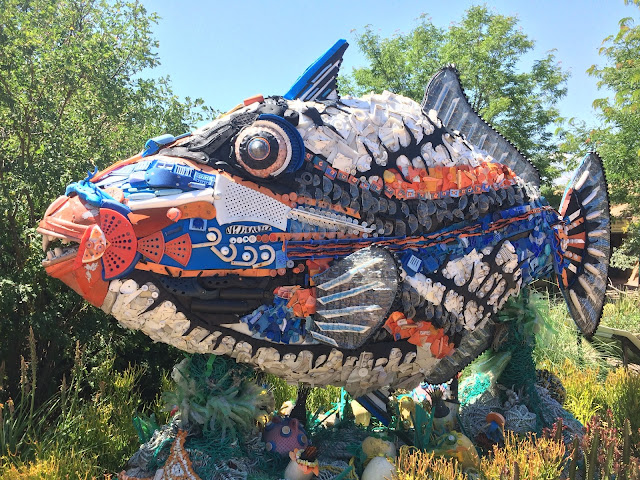 It took so long to get in a groove this run. I did a quick first mile and a half, and after that, I didn't really find a rhythm for about 45 minutes, as you can see from the map, I spent a huge chunk of that time walking north. I did a little over 9 miles on this run, but probably traversed 11 miles in total. I was out and about for almost 3 hours on this outing, which is ridiculous. I took over 20,000 steps in that time, which is probably a single run outing record for me.

This was a remarkably long run. Also, it was almost unbearably hot. I just kept sweating. It was also pretty fun in spite of the heat and the perspiration. I made my way through Wash Park, Cheesman Park, and City Park, and I even took a lap around the zoo. That is where this photo comes from...it's a statue of a fish created from things that washed up from the ocean. Also, it's orange and blue, so it seems right at home in Denver. 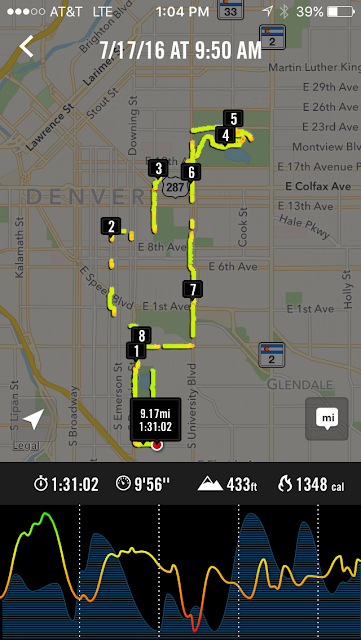