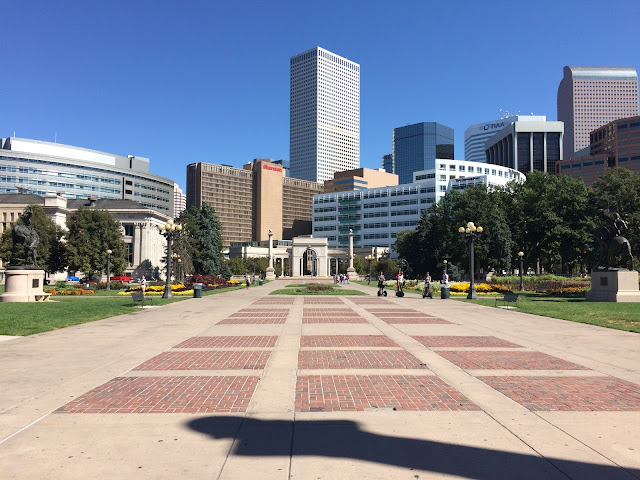 People should never gather in groups on Segways. It's hard to take a herd of Segwayists seriously. This is an invention that the world neither wanted nor needed, and if it were not for overweight security guards, they would have followed the Edsel into history's garbage heap, but against all odds, they hang on. On the plus side, Civic Center Park sure looks pretty on a clear summer's day.

In a surreal and weird moment on this run, I found a statue in City Park of the Scottish poet Robert Burns. I had no idea who he was until I Googled him when I got home, I just saw his last name on the plaque. He was a Scottish poet, and apparently this statue was erected in Denver in 1904 and has stood here ever since. What I can't figure out is what connection a Scottish poet has to Denver or why this statue was erected to honor him. Did Denver have a big Scottish population in the early twentieth century? I don't know, but it seems a little weird. 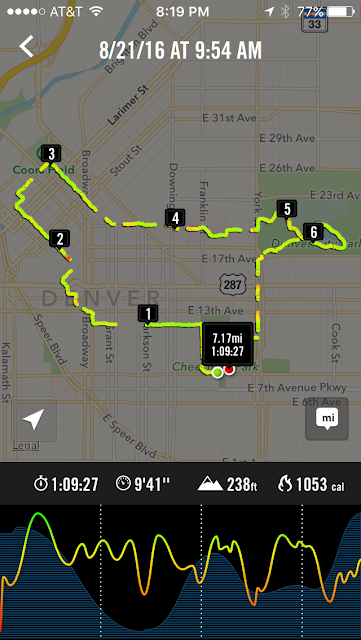