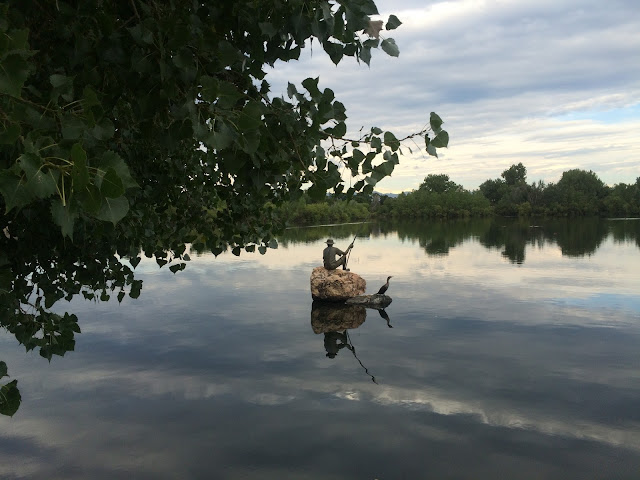 It was warmer than yesterday, but this morning, I ran in jogging pants instead of shorts. Mostly due to laziness, as it was chilly last night as I was getting in bed, so I put on jogging pants to keep warm, and rather than change out of them for shorts, I just kept them on. Honestly, I could have gone either way and been fine, as it is one of those wonderful cool late summer mornings that are comfortable no matter what you're wearing.

I wasn't feeling super creative today. Just took the trail to Ketring Park, and then ran back the same way. What my route lacked in originality it more than made up for in beauty, as the trail was lovely, and Ketring Lake looked amazing today. The clouds were layered, and then they reflected on the still surface of the lake to create a lovely photo op at my tried and true photo op location. I decided to take the picture from a different angle for variety sake and to get the best possible view of the cormorant that was chilling out on the rock. 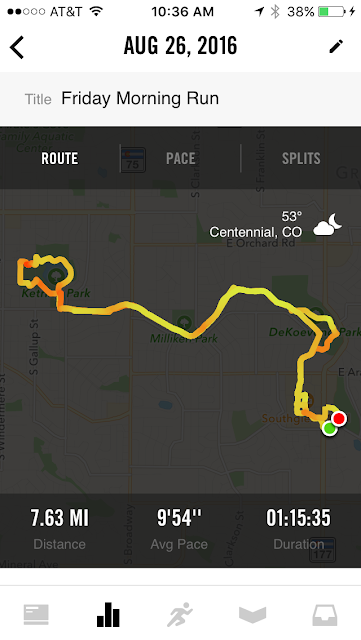