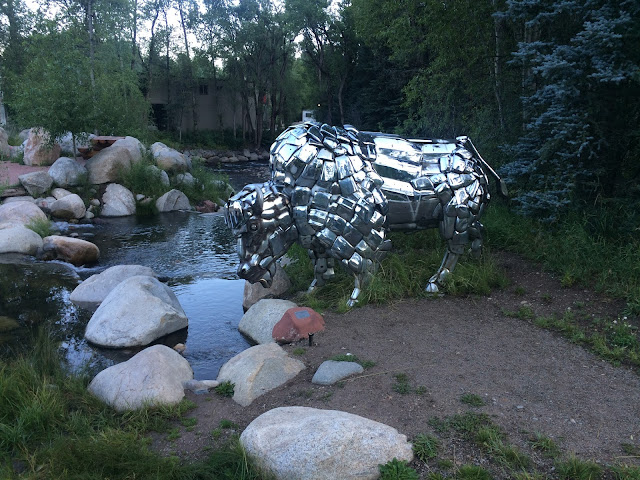 I had an opportunity to make my run for my landmark 500th post in a pretty interesting place. Aspen, Colorado is typically considered to be a plastic place. A place where the rich come to do weird rich people things and look "fabulous" while doing it. There is certainly a large presence of those types of people there, I won't deny it. However, the funny thing I learned is that there are also a lot of prickly mountain people. The kind of people who live in a house that looks like an original frontier homestead and have weird bumpy skin and massive beards and talk like a character from Blazing Saddles. I even saw a house that had a mailbox shaped like a fish, so Aspen is not ENTIRELY Rodeo Drive East.

Aspen loves a good statue. They have statues everywhere, and some of them, like this metallic buffalo preparing to drink from the stream, are awesome. I discovered that I was able to use Pokemon Go as a cool statue finder, as almost every PokeStop on the game is a gloriously bizarre statue. That app is actually pretty useful for site seeing. I ran around in loops around all the major streets of Aspen and was able to see a lot of cool stuff. Running on vacation, even a short one night vacation, is awesome. I highly recommend it. 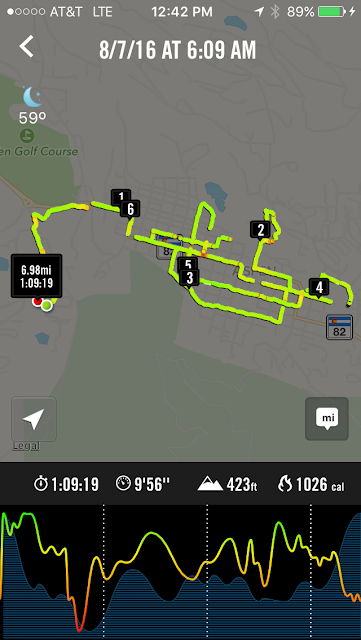