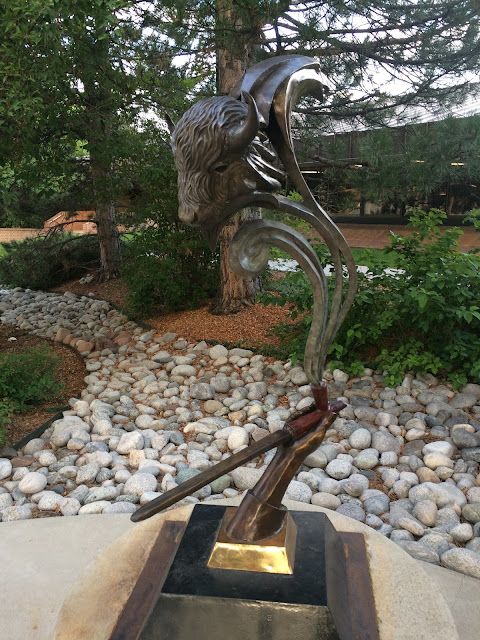 This run actually started out pretty strong. I was distracted, as I was running along areas where there were a lot of Pokestops for Pokemon Go, and I just kept running from stop to stop for the first mile and a half, and then I was in a good grove and just kept moving, but then around mile five, I was hit with a low blood sugar and I took it slow so that I could get home in one piece. I wasn't dangerously low, but I could definitely feel that I wasn't firing at 100%, so I took a lot of rests on the way home to make sure it didn't get dangerous. Kind of ruined the home stretch, though.

Today's photo comes from a temporary art installation outside of the Goodson Rec Center. It appears to be a peace pipe, and it must be the good stuff, as it sure looks like it's causing buffalo hallucinations. 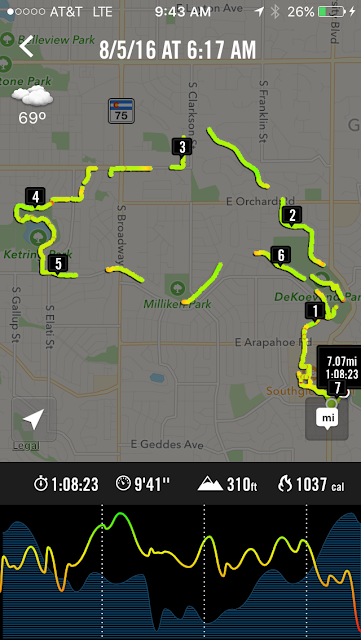