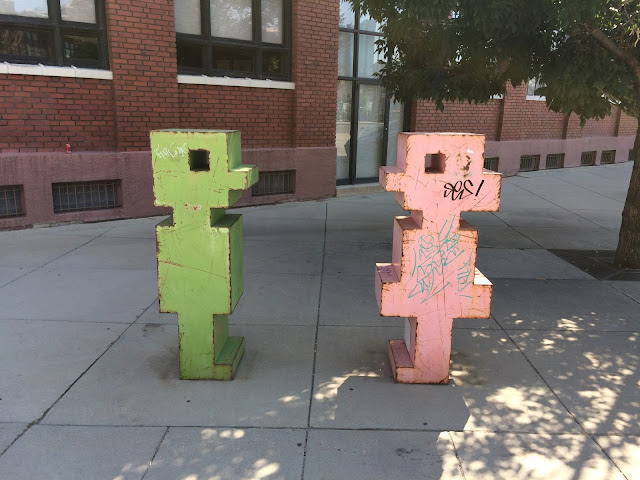 I have to get up early to run in the middle of the summer. When I sleep in even just a tiny bit, I end up on one of these sweaty nightmare runs. The cool of the morning doesn't last long on the last day of July, and if you start out at 9:20 in the morning, you're in for it. It was SO HOT. I wasn't miserable, and there were actual great moments on this run, but the overriding theme was perspiration.

Today's photo comes from Five Points. These goofy statues remind me of playing Atari 2600 games. Overly pixelated boys and girls make for awesome street art. I took a picture on either side of these statues, and both pictures came out cool, but vastly different thanks to the lighting. I ended up going with this one because you could see them just a little better.

I ended up running to music, because I thankfully remembered that I had stashed a spare set of earbuds in my car. I realized I had forgotten my usual running earbuds almost 2/3rds of the way to Cheesman Park, and turning around to go get them would have put me 40 minutes behind schedule. I was going to just run without accompaniment, but thankfully the emergency buds were remembered about 2 minutes before I started out, and a huge sense of relief swept over me, as running with music is so much better than not. 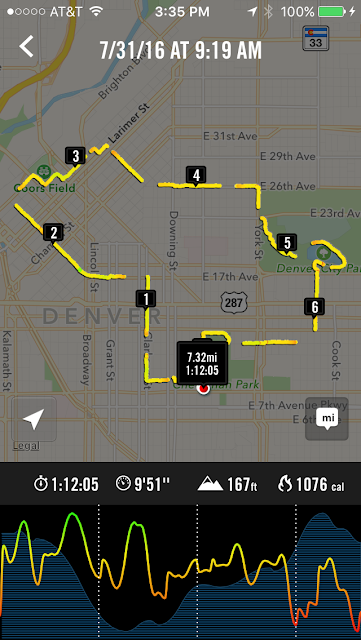