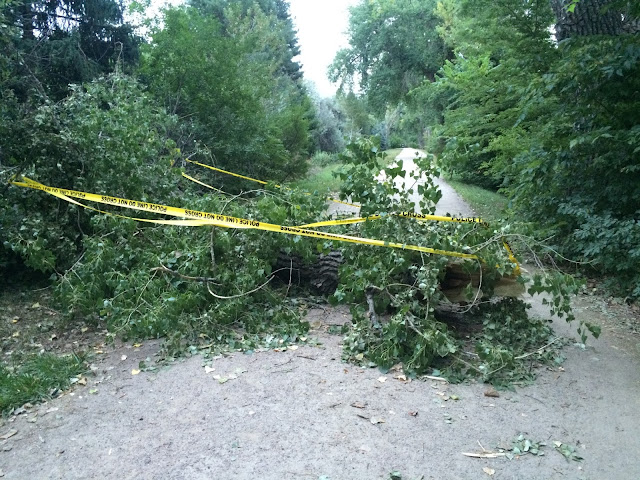 I stayed on the Highline Canal trail almost exclusively for this run because it felt great to be on the trail, and I hadn't done an almost exclusive trail run for quite awhile. Plus that way I didn't have to think too much about where I was going, just stay on the beautiful trail. Some mornings you don't want to have to think about navigation at all, and this is a tremendous way to do that. The resulting run was a very good one with an excellent pace. It slowed down a lot in the final mile, because I decided at the last moment to head home through Southglenn so that I could hit up some Pokestops and pick up some supplies...playing Pokemon Go and running pretty much always slows me down, and my splits from this run are hilarious to me: Mile 1: 9:26, Mile 2: 9:37, Mile 3: 9:12, Mile 4 9:23, Mile 5: 9:06, Mile 6 9:33, Mile 7 10:14. (Can you tell when I was running exclusively and when I was also playing a video game?)

I regret nothing about that last mile, though. I found a 1507 CP Weezing, a Pokemon I had never seen before. So great run, followed by a great find. If you're going to run on a Tuesday morning after a three day weekend, this is a great result.

As for today's photo...there is police tape placed around a fallen tree in the middle of the trail. Someone clearly killed a tree and the arbor detectives are still investigating. When I first started to approach this weird sight, I wasn't sure if the trail was closed or not, but since there was a clear path on the right side, I figured I was okay to proceed. I'm still trying to figure out why they felt the need to put police tape on the tree. People are going to notice there is a tree in the way and walk around it even if that is not there. 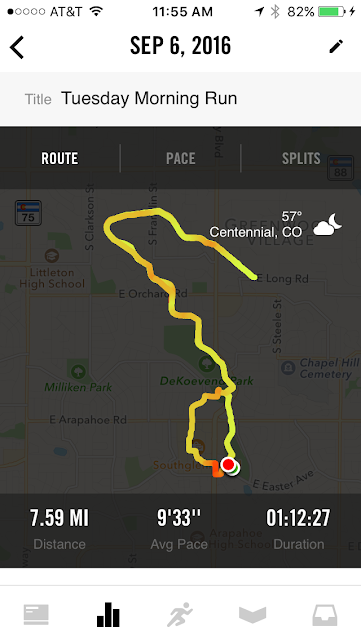