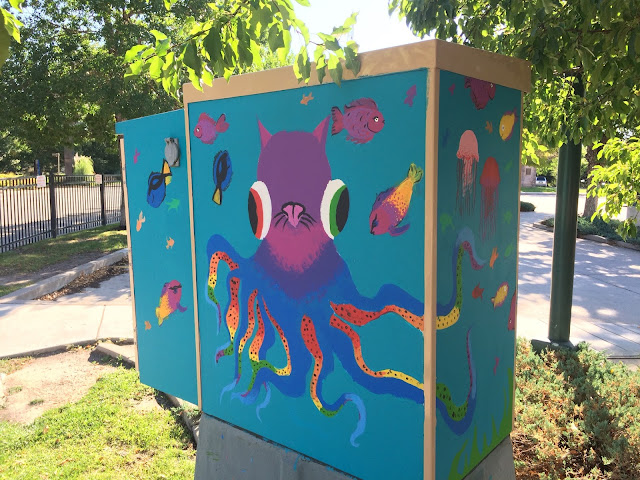 This run started out with a bang, but ended with a whimper. I ran up the Platte River Trail, and it was going gangbusters, I felt really strong, but my blood sugar dipped, and I had to cut it a bit short and walk back to my car for the final section. So annoying.

I feel like we need to talk about electrical boxes in the city of Littleton. They are awesome. Not ALL of them, mind you, but once again I found one on my run that had been artistically spray painted. I'm a little weirded out by the half octopus half Guinea pig creature on this particular one, but the colors are nice and if you're going to create some kind of abomination of nature combo of a fish and a mammal, you could find a worse aggregate than those two animals. 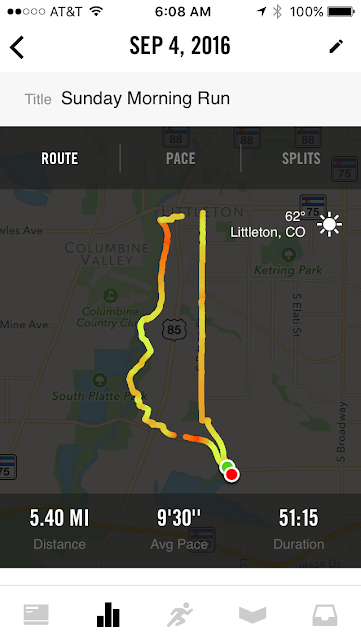