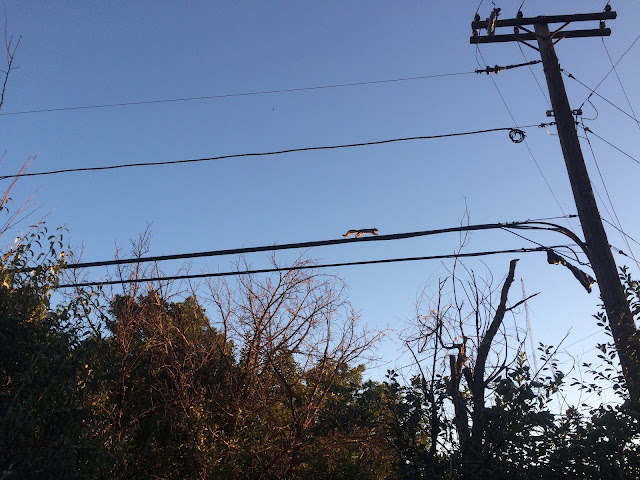 Squirrels have many faults, but I gotta hand it to them on their balance. They can run across a powerline like nobody's business. I stopped to take a picture of this one because the morning light looked cool on it's fur as it ran. As soon as I stopped and pulled my camera out, he stopped and stared intensely at me. We stared each other down for a few seconds, and then he continued scampering his way down the line allowing me to get this picture. Odd but true that I stopped running to take a picture of a rodent running. Squirrels are the worst, but there are a few things about them that I like. I enjoy listening to German people try to say their name, I enjoy when they are a little bit crazy and hop about like someone escaping a mental institution, and I enjoy when they run on wires in the sun. Other than that, they can go spit.

Today is opening day for the NFL, and everything begins here in Denver with the Super Bowl Champs taking on the team they vanquished in February to win the title. I was excited for tonight's game as I ran, even though my expectations for this season are not high. Hope I'm wrong.

Being a longtime Bronco fan right now is kind of like being the guy who knew and loved the indie band before they became popular. Suddenly the thing that was just your thing is now everyone's thing, and as I'm sitting at work, walking around town, or going on a run, I see a lot of people donning the orange and blue that I have a hard time accepting they are anything other than Johnny-come-lately's. We have a very solid fanbase that is hard core, but after winning a title, we also have a whole bunch of fair weathers on board (for the time being) as well. I guess the more the merrier, but I already dislike these folks who will be throwing their brand new Broncos gear in the recycling pile if they start out 1-3.

Anyway, Go Broncos, not so much squirrels. 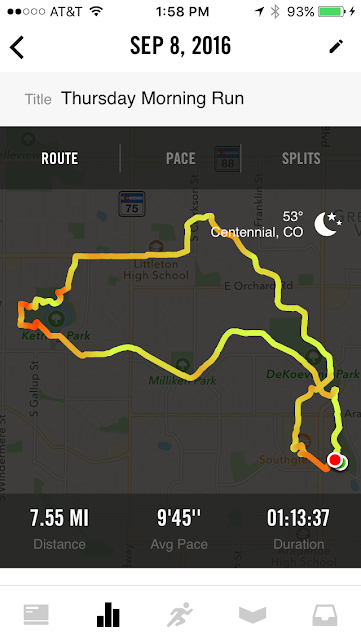