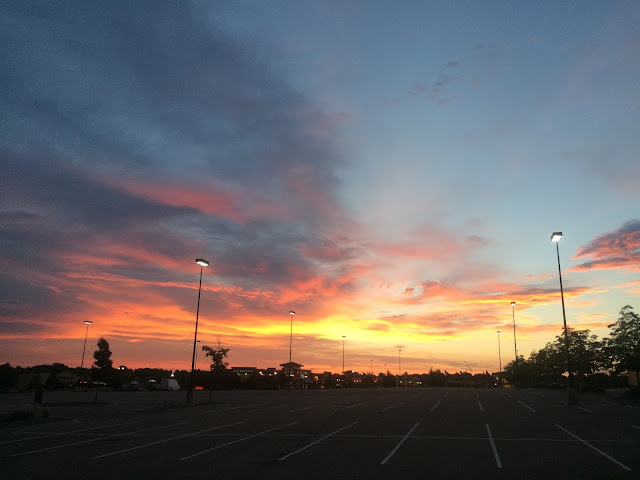 September 2, 2016
7.95 Miles in 1:15:44
Mood: Getting pushed and staying positive despite a multitude of bad attitudes.
Soundtrack: The Long Winters "Putting the Days to Bed"

Getting chased always helps you run faster. Even if you're not technically being chased, but somehow construct a chase scenario in your head. It just helps.

This morning I stopped to take a photo of some trees, and as I was doing so, two women ran past me. I resumed my run, and they were RIGHT in front of me. I hate being the weirdo who is running right behind two ladies, because that's creepy, so I sped up a bit to get in front of them, and then I HAD to stay in front of them. Then the song I was listening to ended and I heard them talk about how they ran yesterday and it was much faster...so now I'm thinking they are going to speed up, so I went into my highest sustainable gear and just kept pushing it. Then I looked down, and a run that had began super slow was suddenly my fastest run of the past few weeks. Being pushed helps.

People were also very unfriendly this morning. Usually when I run people pleasantly nod or wave at me as I run by. Today there was a lot of avoidance of eye contact and even some scowls. The worst culprit were those two ladies that pushed me. We all ran to a crosswalk and I pressed the button to cross as they approached, I have a friendly head nod and one of the ladies gave me a super crusty look. I was TRYING to be courteous and run ahead of them and this is the thanks I get?!?

One last thing...how about that sunrise! It makes even a Macy's parking lot look beautiful, eh? 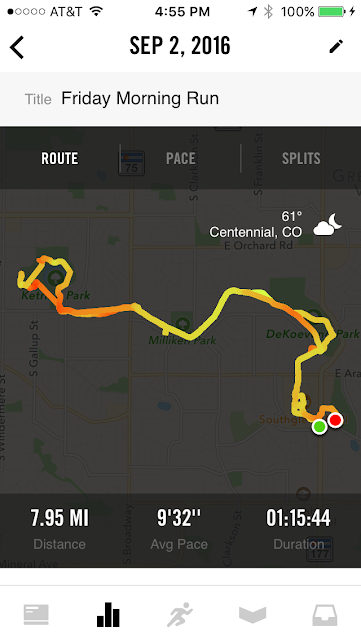