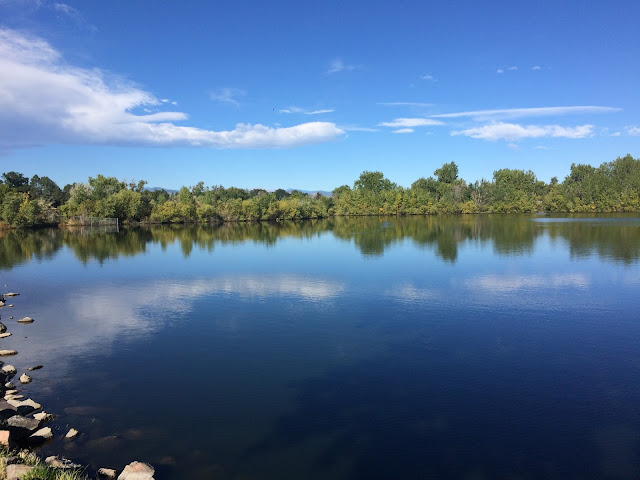 Since it was my son's birthday, I decided not to drive anywhere to run as I usually do on a Sunday, but rather just stay close to home. I also got up earlier than normal for a Sunday run, as I knew I would be needed to run errands for the impending party that was scheduled to begin at noon. Despite these limitations, I really enjoyed getting out on a Sunday morning. I had taken Friday as a rest day, so it had been several days since I had the opportunity to get out, and I felt fresh and wonderful. I was excited for Luke's party and also the first Broncos Sunday of the season, and the weather could literally not have been any better. I mean...look how amazing Ketring Lake looked on this day! I was even able to catch Luke a brand new Pokemon for his birthday. (A Kingler!) 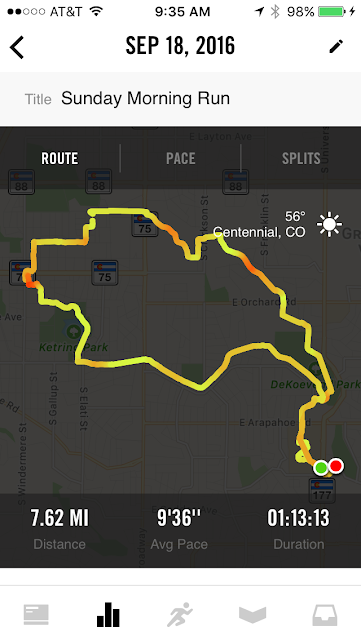