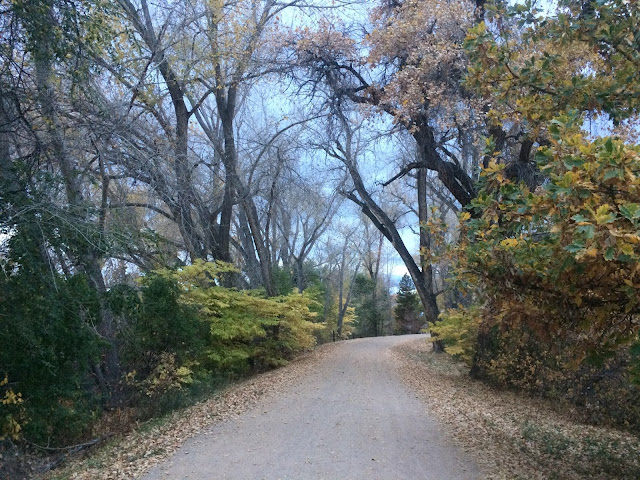 It was the morning after a Broncos win, but my mind was on the show I watched after it was over. The season premiere of The Walking Dead, Season 7. That episode had been heavily anticipated since February and it was brutal, and I was listening almost the entire run to a podcast that was trying to work it's way through the heaviness of one of the most intense episodes of television I've ever seen. With that on my mind, coupled with the gloomy semi-overcast skies that made the world feel kind of gray, it was an odd, but strangely beautiful morning.

I posted the picture above on Instagram and said that it felt kind of eerie in a Halloween sort of way. It really was a strange feeling morning, gloomy yet gorgeous. Perhaps that's why Halloween is placed at this time of year. 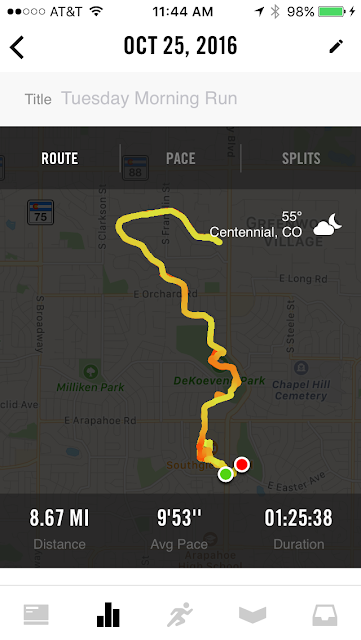