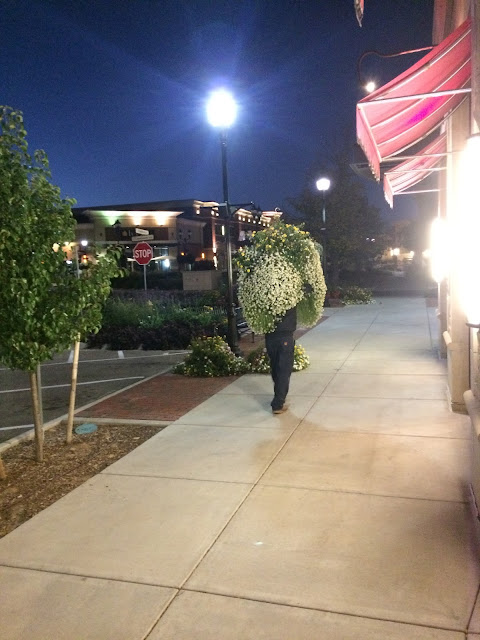 If you arrive early enough at The Streets at Southglenn, you'll see the gardeners doing their thing and being the shiny happy elves that make it so lush and beautiful with flowers everywhere. On this particular morning, I saw several of them walking with fresh hanging flower pots like the one above, taking them to their destination within the outdoor mall to hang. These plants are quite beautiful, but also very large. When men walk with them on their heads, they appear to become walking bushes. Seeing several human bushes emerge from around the corner and walk down the sidewalk was hilarious to me, and I had to take some pictures.

This run was a bit of a disaster, though. I fell on my run last Thursday, and I think I may have injured a rib, as I have definitely had some aches in my midsection ever since. They were particularly troublesome yesterday, and I had a hard time getting into a good groove. I had to stop and walk for long stretches, and never really got my pace up to a respectable running speed. I managed to run five or so miles, but I had to walk a lot more than I prefer. I'm hoping I heal up fast, because it makes it much harder to run, and whenever I sneeze it feels like I'm being stabbed, which is unpleasant. It's not THAT bad, but having a cold right now is more painful than usual. 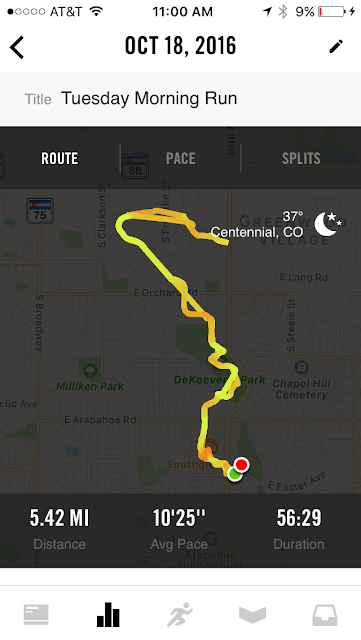