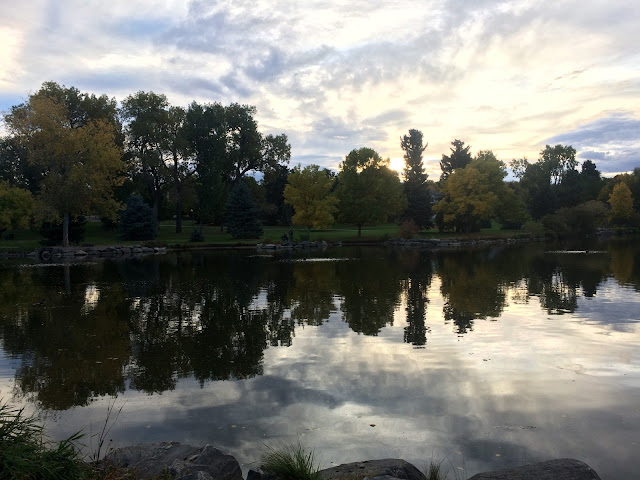 I stayed up too late on Monday night watching baseball, but not as late as I could have. I went to bed around 11 O'Clock when the Giants took a 4-3 lead over the Cubs in the eighth inning of their divisional playoff round game. I decided to bail, as I was hoping for a Cubs win, and that seemed less likely with them losing the lead so late in the game. After I went to bed, the Giants added another run, then the Cubs scored two runs in the top of the ninth, and the game ended up going thirteen innings before the Giants won it. The game ended up being over five hours long, and ended around 1 AM. I was SO glad I gave up when I read the recap in the morning...especially since I had been up since 4 in the morning after an early morning trip to the airport.

This left me feeling REALLY tired on Tuesday morning, but not as tired as I could have been. I woke up and pushed my hardest in my tired state, but I barely exceeded running ten minute miles...something that is occurring more regularly lately. I seem to be slowing down. A year or two ago, I was hovering around 9 minute miles, but the last few months, it's hovering closer to 10 minute miles, which kind of stinks. Either I'm slowing down with age, or I'm staying up too late and running tired. Either way, I hope I can reverse this trend. I'd like to get back to being a little bit faster. Either way, it was a good run, even if it was slow and tired. I especially enjoyed the lake at Sterne Park, which is pictured above. 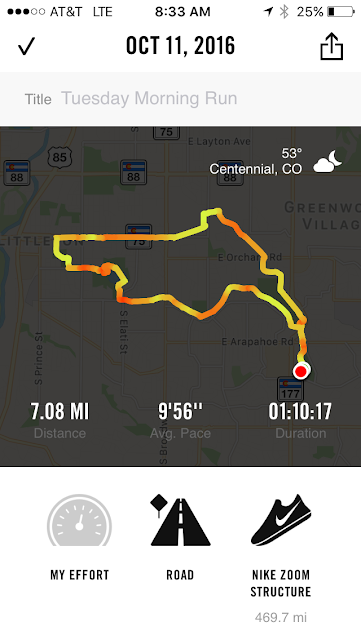