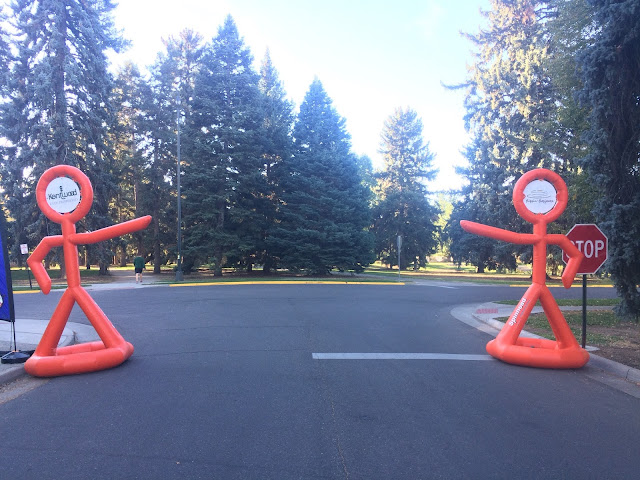 What if they threw a race and no one ran? This starting line was set up in Cheesman Park, and I saw the lonely registration desk with two people sitting at it, but I didn't see any actual runners. Perhaps the race wasn't going to start until that afternoon, and I was way too early, but it appeared to my eyes to be the most poorly attending racing event in history. At least they had cool orange inflatable guys at the starting line!

My second early Sunday run to make room for church wasn't as picturesque as my first a week ago, but it still was pleasant and I felt good throughout. I traipsed through downtown, and it felt laid back since it was so early and far fewer people were about than I usually see on the Sixteenth Street Mall. All in all, I'm starting to feel okay with this running really early before church thing. Seems like it's going to work. 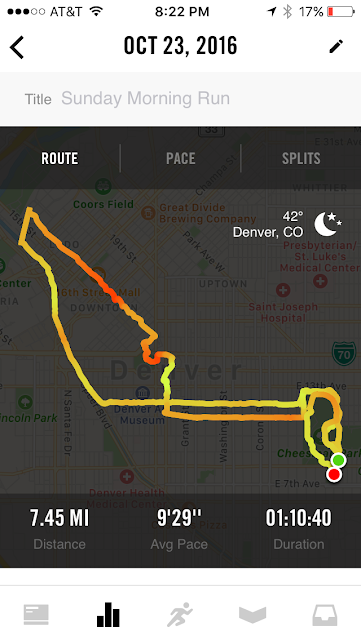