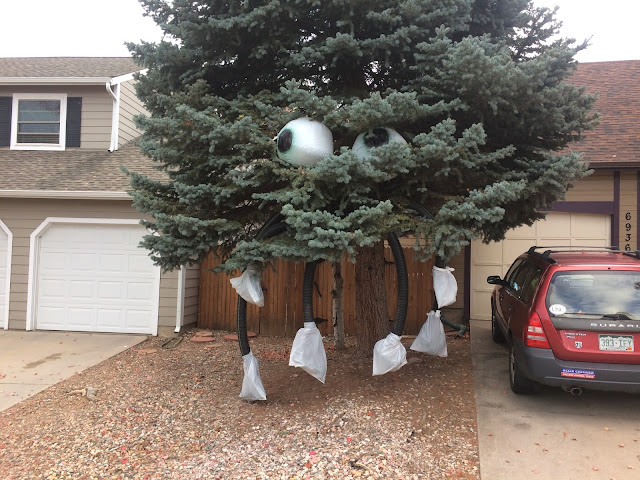 There is a giant spider in this tree, and it's awesome. This is my kind of Halloween decoration, simple and whimsical and not in the least scary. I saw this odd looking witch on this run which was constructed out of what I believe to be a department store mannequin, and it creeped me out. I prefer the cute and oversized spider.

This was the fastest run I've managed in quite some time. It felt good to be moving at a decent pace and taking in the neighborhood Halloween decorations. I also learned on this run that the Barenaked Ladies have a new album...and by new, I mean it came out in 2015. The Ladies used to be one of my favorite bands, and while they are just a shell of what they used to be, I still enjoy checking out their new releases. It's about what you'd expect of a Steven-less BNL album, but I still enjoyed it. 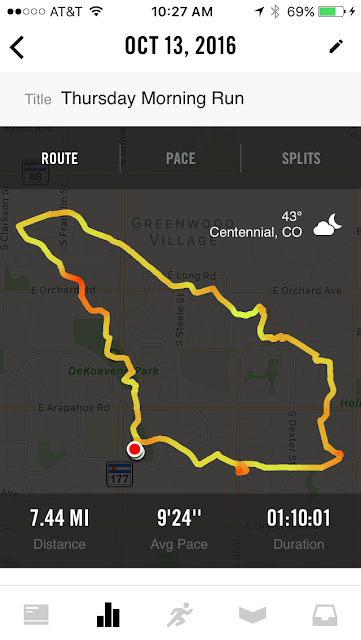