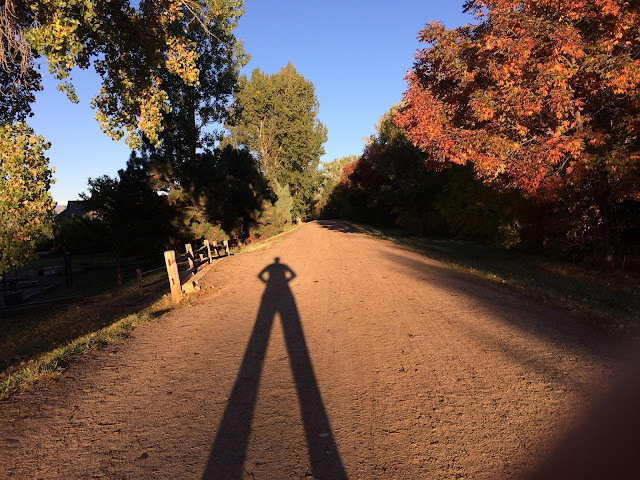 A day after running through a rainstorm, things had changed dramatically. It was COLD. When I left the house it was only 28 degrees. It has been some time since I had to push through temps that cold. I have to admit some trepidation upon leaving the house...which proved unfounded as it was truly a lovely day for a run, even if it was chilly.

The sun played a major role in today's run. It made everything super pretty. I spent the large majority of this run on the Highline Canal Trail, and the changing autumn leaves lit up with a dawning sun are truly something to behold. I was stopping routinely to take pictures of trees. That is something I do regularly anyway, but today even more so.

Today's picture comes from the tail end of my run, as I was taking photos of the red leafed tree on the right I happened to notice that my shadow was super duper long. I started playing with it, and eventually settled on a goofy super hero pose that I was able to pull off and still take a picture of. It amused me to no end, and it turned out pretty swell...PLUS you can see all the pretty leaves. 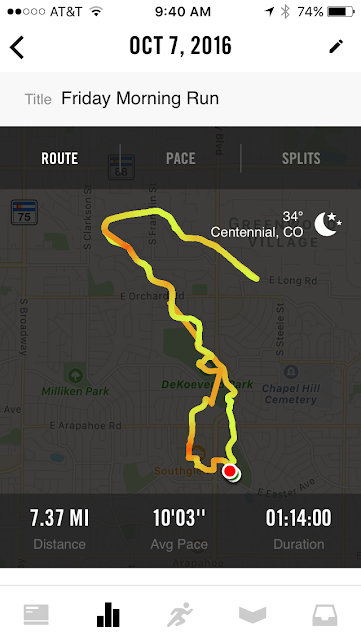