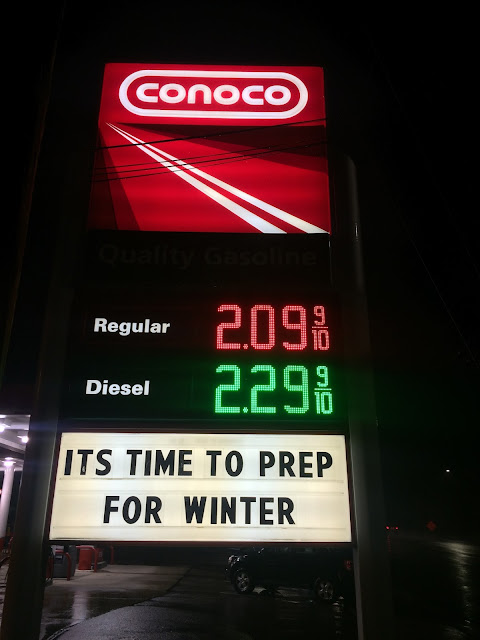 If temps in the forties and driving rain is your idea of a good time, then you would have enjoyed my run this morning. I had no idea rain was in the forecast until I sat down to eat my cereal and pulled up the weather app on my tablet. It was like I was being punked by the weather gods. Rain was scheduled to fall starting right at 6 (When I was scheduled to begin my run) and then fall continuously until a few hours after I finished running. Then it was supposed to clear up entirely.

Going back to bed entered my head, but I knew I wouldn't go back to sleep after spending 15 minutes going through my waking up routine. I was committed to be awake. I finished breakfast and stepped out into the great outdoors. It wasn't coming down all that hard (yet), so I figured I could make a go of it...what else was I going to do???

About half a mile in, it started raining for real. I plowed ahead on the city streets, as I know better than to run the muddy trails when the heavens open up and dampen the world. The greatest moment of the entire run happened when I pulled out my phone to check my Pokemon app at a spot where I know there to be a gym. I was going to see what color team controlled the gym. I was bummed that it was yellow and not blue, but my disappointment lasted for only two seconds, as a Snorlax immediately popped up in the exact spot I was standing. For those who care not for the ways of Pokemon...a Snorlax is one of the most rare Pokemon in the game. I had previously only seen one of them ever before, and by dumb blind luck, I was able to get my second because I just happened to check the app in just exactly the right spot in a torrential downpour. I barely even played Pokemon this morning, but the one time I did, I was rewarded with an incredibly rare monster. It made the whole soggy affair worthwhile.

I ran to Broadway, and decided to turn back and head for home rather than do a longer run because for the first time that morning a combination of street lights and slowly rising sun revealed just how hard it was raining, and I took stock for the first time of just how wet I really was. I figured six miles and a Snorlax was good enough for this day, so I turned around. (By the way, if I'm looking for titles for my Autobiography, "Six Miles and a Snorlax" is pretty good.)

When I arrived at my figurative (and somewhat literal...the Water part anyway) Waterloo, I decided to turn around, but not before I saw the sign in the photo above. "Time to Prep for Winter" is an ominous and ugly sign to read. Especially when you're wet and cold. Against all odds, it was actually kind of a fun run, although the combination of rain water and sweat creates a really horrifying smell. I stunk to myself, which rarely happens. The after-run shower was a blessed event. 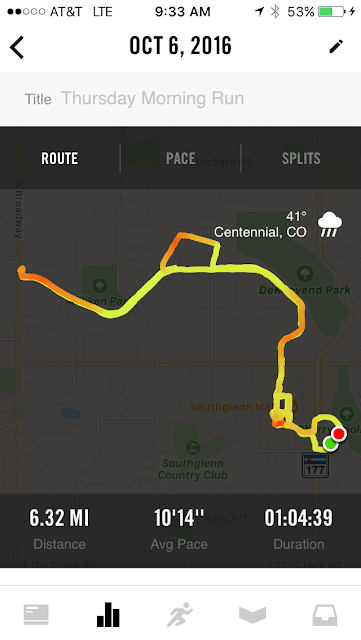