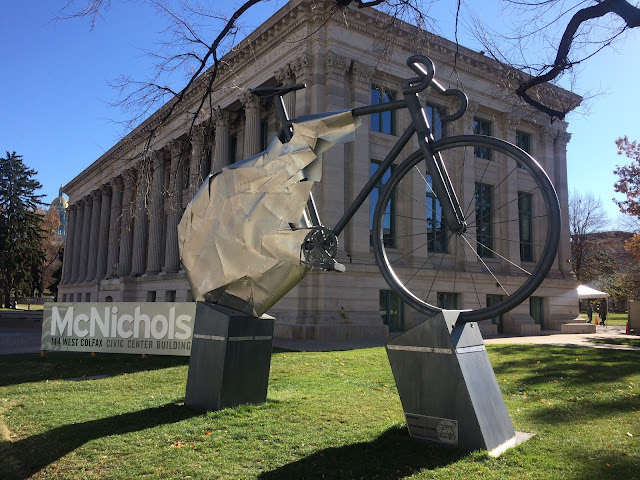 Thanksgiving is a pretty great holiday, but this was one of the weirder ones I've ever had. Usually, I spend it with extended family eating turkey and watching football, but this year it was just my family of four, we had a chicken instead of turkey (which is actually a tastier bird), and I barely watched any football all day. Instead, I found myself sleeping in, and then going on a meandering jog through downtown Denver.

I went a little overboard on catching Pokemon while running, and ended up on an extended run that took many diversions into catching them all. I felt zero sense of urgency, which was perhaps a mistake, as I caused our chicken dinner to be postponed a bit due to the fact that I was home later than expected, but while I was downtown, I was enjoying an absolutely beautiful day. The only downside was that it was pretty chilly as I left home, so I wore a heavy hooded sweatshirt on my run which became unnecessary about 15 minutes into my run, but which I refused to just abandon on the side of the road and therefore I was hot and overdressed.

The weirdest moment of the run came when this random girl walked up to me and asked where she could get a cup of coffee. She said she forgot it was Thanksgiving, and everything was closed and she was dying for a good cup of Joe. She was overly friendly...in a mind-programmed cult kind of way and she had a really strange name that I cannot remember. Still, she didn't really creep me out, I was more amused at the odd nature of the entire conversation. Sadly, the best suggestion I made for coffee was hitting up a 7-Eleven, which I'm certain does not qualify as a "good" cup of coffee, but if it's Thanksgiving and everything is closed...you take what you can get.

Today's photo comes from a new art installation which is located right next to the McNichols Building in Civic Center Park. I like the bike, but I'm not sure why the back half of it is covered in sheet metal. Is it still being unpackaged, or is this the finished product? Unclear. Either way, the fact that the State Capitol Building is peeking around the back of the building in this photo makes me extra happy. 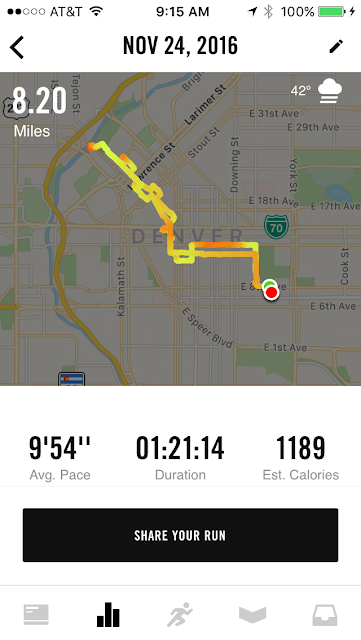