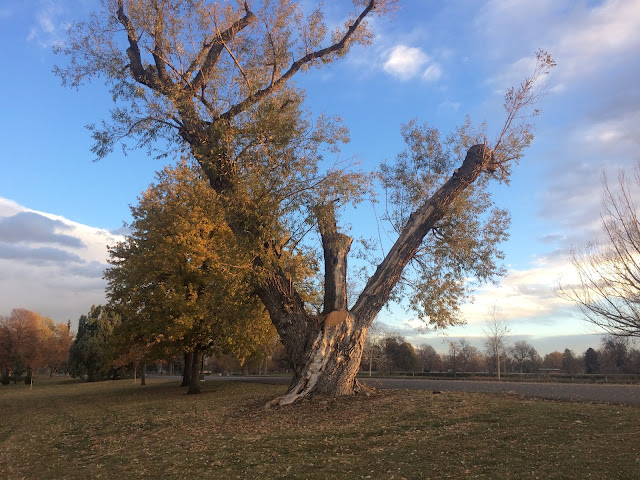 I needed 9.2 miles to get to my 100 mile goal for November, and since every day is potentially ruined by snow this time of year, I wanted to attain that target and not have to rely on a Tuesday run that may or may not come. I decided to get serious. I went to Wash Park and decided that I would loop it four times and keep the Pokemon app off. The resulting run was faster paced than I've gone in quite some time, and I managed to hit my goal and still get home early.

I was also fortunate in that I saw the only moment of the day where the sun shone. It happened shortly after dawn, and I took the above photo of a tree. Shortly after this moment, the clouds rolled in, and it was mostly gray and gloomy for the rest of Sunday. It even briefly snowed on my as I began my fourth lap. It wasn't a highly memorable or amazing run, but it sure was efficient, and I even pulled out my Hamilton music to make it more enjoyable. 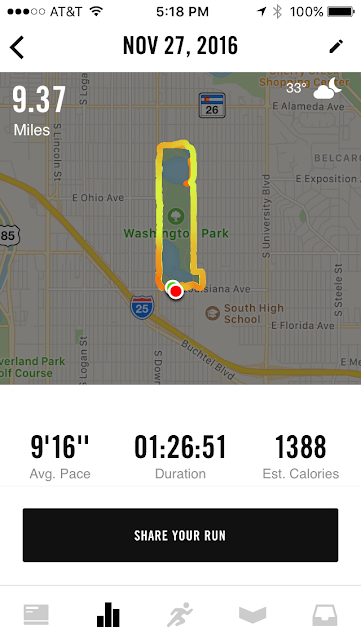