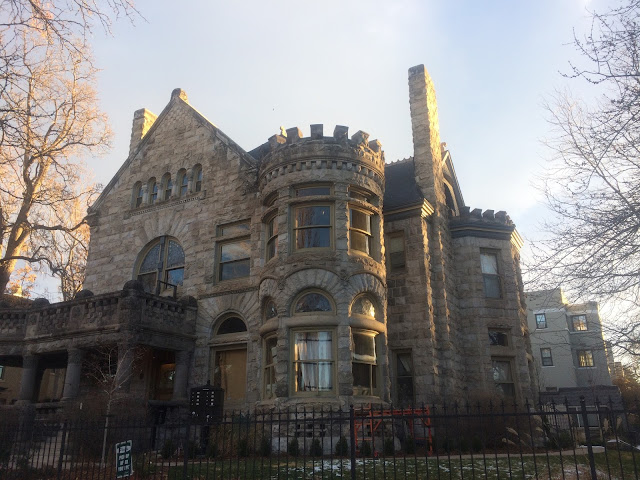 As I left the house, the temps were in the low 30s, and I made a critically bad decision. I put on a heavy hooded sweatshirt to stay warm on my run. This made sense for the first ten minutes of my run, but as my body temps rose and the sun came up, it became way too hot and sweaty. Still, unless I wanted to just ditch my sweatshirt somewhere in the heart of Denver, which I did not want to do, I was stuck wearing too many clothes. It wasn't unbearably uncomfortable, but I felt overly hot and sweaty...which never feels great.

The run itself was actually quite nice, though. I was able to get an early morning view of Cheesman Park and then run through downtown to Confluence Park and back. After snow had fallen on Thursday, Sunday was the first day where it felt like the snow had fully melted and it was easy to run again without weather concerns.

The photo for this run is a beautiful old stone building which looks like a castle. It looked amazing in the light of dawn. The picture sort of captures how cool it was, but not as well as being there. Also, there was a Squirtle spawning on the front lawn, so it was even that much cooler of a place on Sunday morning. 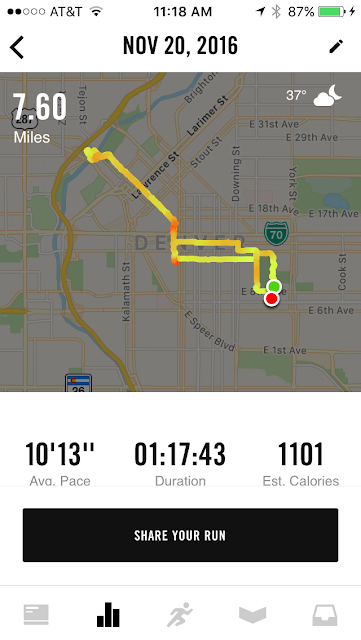