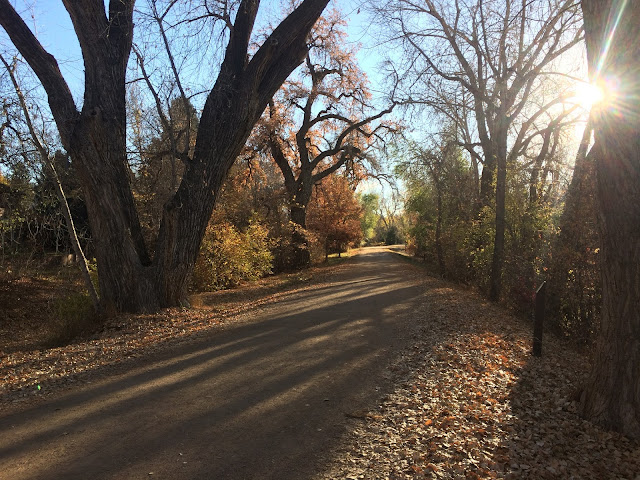 I passed by a ballot drop box this morning which was being manned by three mild mannered women who were trying to comfort a very confused and angry old man who was yelling at them because he wanted to vote and he thought they wouldn't let him. The problem was that this is a ballot drop off point, so you can only vote there if you had a ballot mailed to you. He didn't have this happen, so they couldn't help him. He kept angrily yelling, "IS THIS WHAT AMERICA HAS COME TO?!?!?" at the women. They kept calmly explaining that he'd have to go to a polling place and if he did so, he could vote there, and he kept on yelling back at them. It was a weird moment, and it made me think that maybe this guy should perhaps NOT vote if he's so thick as to not understand that this whole confusion and all of his anger were a result of his own mistake. I'm not sure I want that guy voting.

Anyway, I dropped my ballot off last week, and as I ran this morning, I did keep thinking about how no matter what happens, this whole ugly election will finally be over tonight, and I won't have to sit through any more election commercials, and that thought alone made me happy. I've done my civic duty, and I even asked one of the ladies working the drop box if I could have an "I Voted" sticker which I am proudly wearing today. I love that little sticker.

Today's photo comes from the Highline Canal Trail. It wasn't terribly original, as I've posted a similar type picture a lot lately, but I barely diverted at all from the trail today, and the colors looked pretty. Soon the trail will be unrunnable thanks to inclement weather, and my photos may be forced to become more diverse, but I'm going to enjoy my Highline Canal Trail as long as I possibly can. 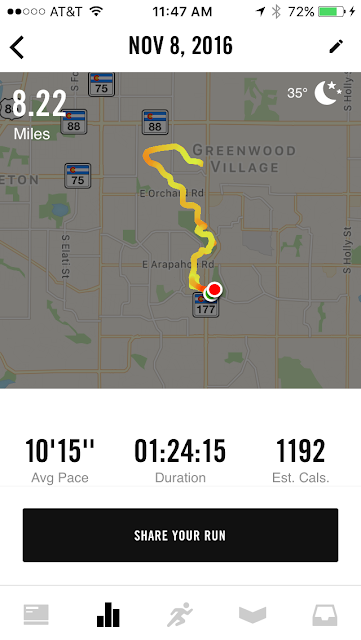